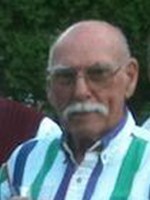 Malcolm Murray Romans went to join our Lord on August 26, 2022, at home in Wrentham, MA with his loving family beside him. He was born on February 17, 1930 in Glace Bay, Nova Scotia, Canada, to Griselda Annie MacDonald Romans and Winfred Elliott Romans. When Murray was a child his family relocated to Dedham, MA, where he and his three siblings attended Dedham public schools. Before graduating from Dedham High School, Murray participated in track, junior varsity and football. In 1948 Murray enlisted in the U.S. Navy Air Force where he was stationed at NAS Jacksonville, FL. He joined VP861 Patrol Bomber Squadron attaining the rank of Second Class Petty Officer Aviation Electrician. As part of the Navy Air, he was able to travel the world and have wonderful adventures. In 1954, Murray received an honorable discharge, returning to Dedham to attend Northeastern University and graduating as an electrical engineer which prepared him for a position in medical electronics at Electrodyne. When that company was sold in 1974, Murray enrolled in Fitchburg State University where he received a teaching degree and taught at Tri-County Re-gional Vocational Technical High School. Murray’s third and final career was as a house painter until he retired at the age of 75. For most of his life, Murray was active in the Boy Scouts, first as a Boy Scout and then as a Boy Scout Leader, receiving the Order of the Arrow. He continued with Boy Scout adventures and camping with his grandson’s troop well into his 80’s. An active member of Trinity Episcopal Church in Wrentham, Murray served as a licensed lay reader, vestry member, healing intercessor, youth leader and commun-ion officiate for homebound congregation members. For over 50 years, Murray was an active member of the Masonic Fraternity at Az-ure Lodge in Walpole, serving in many positions until he became Worshipful Mas-ter in 1974. In 2019, Murray was awarded the prestigious Joseph Warren Medal for recognition of his service to his lodge and his community. Throughout his Mason-ic career, Murray donated more than 25 gallons of blood during the Masonic blood drives. As a proud member of the Kilwinning Club of Boston (a group of Masons of Scot-tish descent), Murray traveled throughout Massachusetts with the team to perform rituals, degrees and installations, and, he and Barbara traveled with the group to Kilwinning, Scotland for a memorable visit to The Mother Lodge. Murray was also a past member and Past Noble Grand of the Independent Order of Odd Fellows in Walpole, MA. Delivering Meals on Wheels and visiting the housebound was one of Murray’s favorite retirement activities. He was also an avid gardener with a very green thumb which produced a very large garden. Barbara preserved produce for the winter and the neighbors and friends were invited to share the bounty. Garden-ing may have been his favorite hobby, but it was followed by swimming three times a week. Murray was predeceased by his three siblings, Winfred Elliott Romans, Jr., Joyce Kenney and Jane Tobin and by his son, Bruce Malcolm Romans. Murray leaves his loving bride of 65 years, Barbara Ann Bassett Romans, and his surviving children, Heather Ann Romans of Norton, Jennifer Leigh Shakeri of Plympton and Charles Murray Romans of Bethel, ME. Murray also leaves his adored grandchildren, Sarah Jane Shakeri of Waltham, MA, Isaac Murray Shakeri of North Attleboro, MA and Jason Michael Romans of Bel-lingham, MA, and his niece, Carol Ann Romans, of Arlington, MA. A memorial celebration of Murray’s life will be held at Trinity Episcopal Church, 47 East Street, Wrentham, MA on Sunday, October 2, 2022 at 12 noon, followed by a Time to Share Memories and a light luncheon. The family extends their sincere gratitude to Compassionate Care Hospice, the Veterans Home Care, Trinity Episcopal Church and their many friends for support and kindness throughout his life and particularly during Murray’s final weeks. The family requests no flowers, however, remembrances in Murray’s honor may be sent to Trinity Episcopal Church, 47 East Street, Wrentham, MA 02093.
See more See Less

In Memory Of Malcolm M. Romans