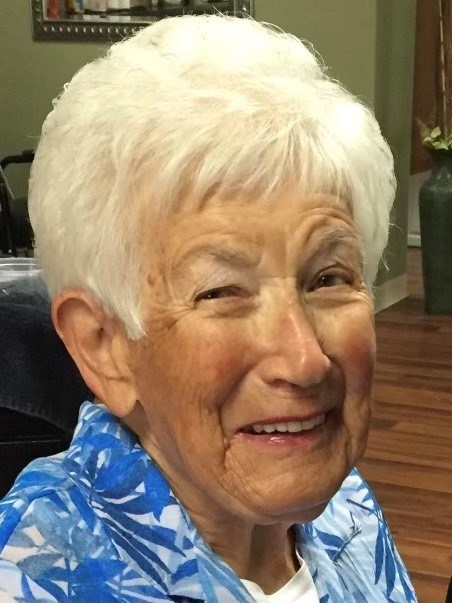 Gloria Sturgis Pilla, age 94, of Dennis, Massachusetts passed away peacefully with her family by her side on August 13, 2022. She was the loving wife of Charles Pilla for almost 73 years. Gloria was born in Boston, Massachusetts on September 5, 1927, the eldest child of the late Leonidha and Marianthe (Ciru) Sturgis. She grew up in Roxbury and graduated from Roxbury Memorial High School for Girls. Gloria was a bookkeeper for RH Sterns Co. before marrying the love of her life, Charlie Pilla, on September 4, 1949. They led a full and happy life with family and many lifelong friends. Gloria and Charlie raised their family in Reading, Massachusetts. She was an active member of the Order of Eastern Star. At the First Congregational Church of Reading, Gloria loved singing in the choir and cherished her time on the visitation committee visiting the elderly and shut-ins. After Gloria raised her children and cared for her elderly parents, she worked at Raytheon until her retirement. Gloria and Charlie enjoyed over 36 years of retirement together. Spending winters in Naples, Florida and summers on the Cape kept them young, vibrant, and active with family and many friends. They enjoyed the beach year round. She enjoyed reading and, in Florida, playing golf and walking every evening with her large group of friends. Gloria will always be remembered for her delicious congo bars - she baked them for all the numerous family get-togethers over the years. And she will always be remembered for sending cards to her family and friends on their birthdays and anniversaries, frequently making a phone call in addition to sending cards. Gloria was proud of her Albanian family and heritage. She was happy and proud that all of her children and grandchildren graduated from college. Besides her beloved husband, Gloria leaves behind her three children, Michael (Cindy) Pilla, Linda Beals, and Susan Roarty (Steven Lemieux). Her eight grandchildren, Gregory (Rebecca), David, and Scott Pilla, Aaron (Laura) and Matthew (Anouch Matevossian) Beals, Timothy (Alison) Roarty, Julie (Ben) Apfel, and Colleen (Garrett) Murphy. Gloria leaves nine great-grandchildren: Adelaide, Charlotte, Manouk, Armen, Daniel, Arevik, Lily, Paislee, and Oliver - all of whom she adored. Her face lit up every time she saw her great-grandchildren‘s faces. She also leaves behind a sister-in-law, Barbara (Athanase) Sturgis, and a sister- and brother-in-law, Loretta (Pilla) and Peter Kostas. Barbara and Loretta were the sisters she never had growing up. Gloria also leaves many beloved nieces, nephews, grandnieces, grandnephews, and cousins. Besides her parents, Gloria was predeceased by her son-in-law, George Beals, her beloved brother, Harry Sturgis, and her brothers- and sisters-in-law, George and Barbara Pilla and Tim and Helen Pilla. Gloria did not want people to mourn her at a wake or a funeral. In keeping with her wishes, the family will hold a celebration of her life at a later date. She wanted her family and friends to enjoy a day together, spending time with each other, remembering the wonderful life she was blessed to have. The family would like to thank the VNA hospice of Cape Cod for their kind and compassionate care during the last 5 months of her life. Because of this, the family is requesting that in lieu of flowers donations be made in Gloria’s memory to VNA Hospice of Cape Cod, 225 Independence Drive, Hyannis, MA 02601
See more See Less

In Memory Of Gloria Pilla