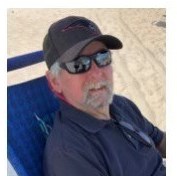 Charles White, age 77, of Florida and Massachusetts, passed away on Thursday, May 5, 2022 ending his suffering caused by Alzheimer's. In life, he loved having his wife, children, and grandchildren by his side and in death, he was surrounded by them all. Charlie was the son of the late George and Virginia White, brother of the late George and Joan White, and Uncle of the late Bobby Schippers. He is survived by his wife of 50 years, Betty (Lewis) White, his children Keri Westhaver and Ale of Abington, MA, Laura Valenti and Mark of Haverhill, MA and Jason White and Diana of Foxboro, MA. He is also survived by eight grandsons that he adored, Mark, Jake, Nate, and Alec Valenti, Zach and Ryan Westhaver, and Charlie and Cameron White. He is survived by his sisters Louise Schippers of Florida and Cindy White of Maine, and many nephews and nieces, including Scott White of Texas, Kelley Wilson of Florida and Matt Schippers of California. Charlie's life long friends, Al Dube of Colorado, Sherry Dube of Florida, the Carney brothers and their wives of Florida and MA, and too many more to mention along with his new Florida friends including his Bingo Buddy, Kerry and his wife Adela who checked on us daily, will certainly miss his humor and love of life. He charmed the ladies with his big hugs and his "I love you"s. He truly loved his angels. Charlie was an avid sports fan favoring the Patriots and the Red Sox. He never missed any of his children's games and went to as many of his grandsons games that he could attend - the sport didn't matter. He was there to cheer them on and he was the loudest in the stands. Recently he was inducted into The Holbrook Hall of Fame for football, a sport he loved. He also loved skiing spending many weekends at Killington in Vermont. He took long rides on his Harley including trips to Sturgis, Smokey Mountains, Maine and New Hampshire. Charlie served in the United States Air Force stationed mostly in Alaska and England. He was a Boston Local 7 Ironworker. In his retirement, he and his wife traveled cross country in their new RV. He loved the Glamping experience but gave it up due to his illness. We are honoring Charlie's request of no services. However, we will have a Celebration of His Life at a later date.
See more See Less

In Memory Of Charles White