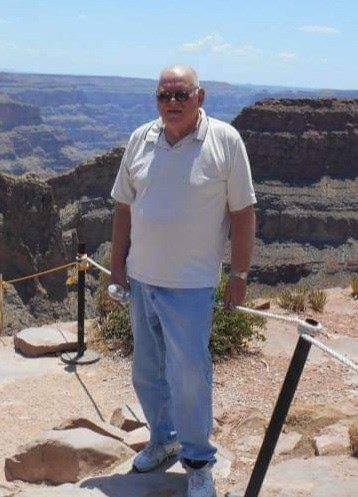 Robert Turpen, 76, passed away Thursday, October 7, 2021. He was born December 12, 1944. Robert (Bob) Turpen (aka Turp) joined the Air Force in June 1966. He spent 20+ years serving and traveling for our country and retired as a MSgt in 1986. He was privileged to have been assigned to North Dakota, Colorado, The Pentagon, Korea, Germany, and California. He enjoyed everything sports! He was an avid bowler, which he continued late in life. He played softball and basketball during his time in the service. He was even a decent golfer. Bob was a family man through and through. He loved spending time with his daughters and grandchildren. He stayed close with his sisters and all his nieces and nephews. Bob made the most of his time in the Air Force by vacationing every year in new places and learning new things such as skiing in the Alps and touring Washington, D.C. Some of his fondest memories were the road trips every summer with his family. Bob was a kind, funny, loving man. He taught his daughters that it's the journey, not the destination, that has the most impact. Bob is survived by his sister---Nova Kane, his significant other of 30+ years-- Phyllis Hamling, his two daughters--Pamela Johnson (and husband Victor Johnson Jr.) and Karen Covington (and husband Bradley Covington), his grandchildren--Jacob Covington and Annabel Covington, and many nieces and nephews. Following the graveside service family and friends are gathering at Perkins Restaurant at 1:30PM (1224 Jordan Creek Pkwy, West Des Moines, IA 50266).
See more See Less

In Memory Of Robert Turpen