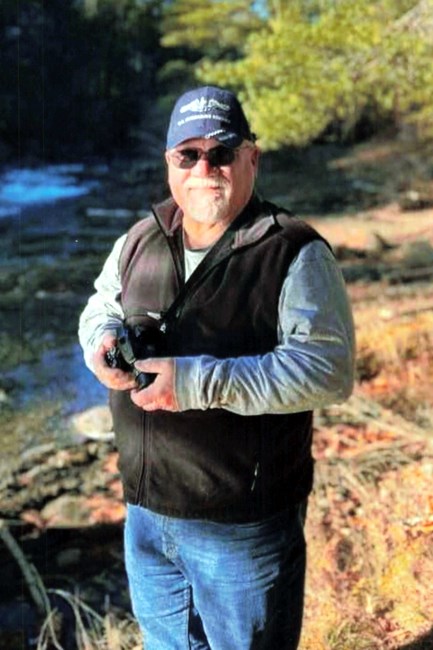 Arthur J. Zanta, Jr, 71, of Chesapeake, VA, passed away on June 17, 2022, after his valiant battle with cancer. He was surrounded by his loving family. Art, or Butch as he was known by his Chicago family, was born on May 21, 1951 to Arthur and Betty (Novak) Zanta in Chicago, Illinois. After Art graduated from Lyons Township High School in 1969, he joined the US Navy where he worked on submarines as a marine mechanic. In 1973, Art met Mary Gross while enrolled in welding school in Groton, CT. They were married in 1974 and relocated to Charleston, SC where Art was stationed on the USS John C Calhoun SSBN630- Blue Crew. After the Navy, he continued working on submarines through the Portsmouth Shipyard in NH and eventually Norfolk, VA. In his free time, Art volunteered with the Boy Scouts of America and more recently with Wreaths Across America. He never knew a stranger and was always willing to lend a hand to anyone in need. In 2013, Art retired and spent his time with Mary RVing across the country, hiking, gardening and photographing the natural world around him. Thanks to Facebook, many of his family and friends followed their journey through pictures and posts, adding must see places to their bucket lists. Art is survived by his wife Mary Zanta and their two children, their spouses and his grandchildren, AJ and Tricia Zanta (Kaeli and Kellen) and Kristen and Kevin Palos (Isabella, Annelise, Braelyn, and Hudson): his sisters Diane Chudzik (Andy) and Carolyn Zanta Ewy (Rob): his nieces and nephew Raymond, Kate and Emily: as well as his Aunt MaryAnn, many cousins, and friends he met along the way. Services will be held at Albert G. Horton Memorial Veterans Cemetery on June 29th at 2:00 pm. Family will be receiving visitors from 4:00 - 6:30 pm at Great Bridge United Methodist Church in Chesapeake. In lieu of flowers, the family requests donations be made to Wreaths Across America, a link to donate will be shared through family members’ social media accounts.
See more See Less