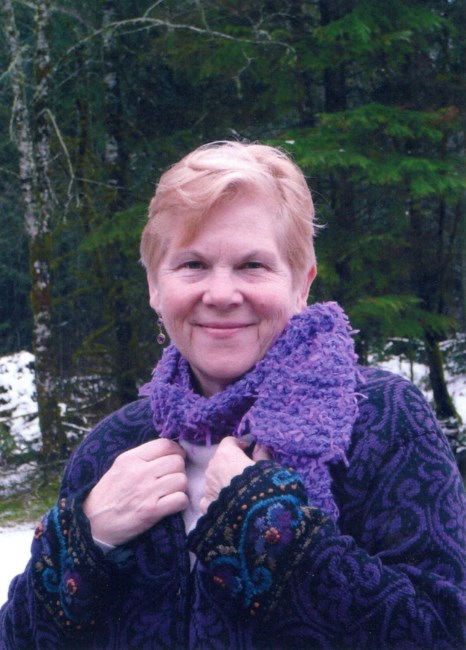 Deanna, 78, went to be with our Lord on August 8, 2022 after a very short battle with cancer. She was born May 20, 1944 in Los Angeles, California and adopted at birth by her parents James (Jack) and Helen McCauley from Denair, California. She attended school in Denair and graduated from high school in 1962. She participated in all the various activities at the school. She was president of several of the clubs at the school, participated in plays, cheerleading and school politics. Upon graduation she married Donald Duffy on August 12, 1962. During her marriage they had two children, Steven and Scott. She graduated from San Jose State University in San Jose, California and worked as an executive secretary for Intel Corporation. Her marriage to Don ended in 2000 and she moved to Mariposa, CA. Deanna married David Hansen, a longtime friend, on January 12, 2008 and they made their home in rural Lewis County, Washington near Winlock and attended Bethel Church in Chehalis. Deanna was an accomplished seamstress, taught people how to water ski, worked with the homeless at a gospel mission, taught a children’s ministry for many years, active in her church assisting with outreach to the community, bible studies and women’s ministries. She was an avid genealogist and researched her birth family, her adopted family and taught others how to research their family. Her passionate hobby of propagating and raising African Violets and growing flowers in her yard occupied many hours. She loved people and helped and supported many during her entire lifetime with her time, home and resources. She is survived by her husband, David, two sons, Steve (Ruri) of Lake of the Pines, California, Scott (Kari) of Breckenridge, Colorado and four grandchildren, Calvin, Kelley, Justin and Mackenzie. She made arrangements for the Neptune Society to handle her cremation and she chose the location near Monterey, CA where she wished her remains to be spread.
See more See Less

In Memory Of Deanna Gaye Hansen