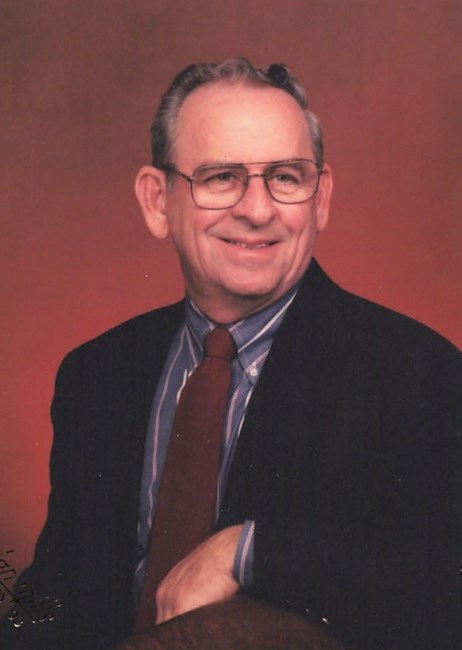 Lewis Carrol Knopp, 91, went to rest in Christ Jesus June 28th after a long struggle with Alzheimer’s. Born on June 15th, 1931 in Roane County, West Virginia to parents Harold Clifford Knopp and Charlotte Ruth Staats. He was predeceased by brothers Wayne and Harold, sisters Wanda Buckley, Anna Dean Casto, Ursula Myers, and first wife Delores McGuire. He was blessed with son James Knopp (Lynne) and daughter Linda Knopp, stepsons C.R. Harris (and Sheri) and Ian Harris (and Sarah), 2 grandsons, 6 granddaughters, and 9 great grandsons. He is terribly missed by his current wife Susan Rowley Harris Knopp and all of his many friends, family, and neighbors. Lewis was a man of deep faith who lived an exceptional life of service and support to his family, community, country, church, and many in need. He was president and CEO of Singer Sheet Metal Company in Parkersburg, West Virginia and served on many civic and charity boards. A decorated veteran of the Korean War, Lewis earned 2 purple hearts and a bronze star for his service. He was a full life member of the VFW, DAV, and American Legion posts 15WV and 347FL where he served many years on the Honor Guard and other offices. A 32nd degree Mason and Shriner, Lewis also served his community for 30 years as a Salvation Army Director, 20 years on the Parkersburg Planning Board, served on multiple boards for SW Resources, Camden Clark Hospital, Parkersburg Bicentennial Committee, and the Chamber of Commerce. He was a founder of the Tri-County Apprentice Foundation and founder/elder of the Gospel Mission Church in Parkersburg. Lewis served many years as a U.S. Congressional business advisor for the state of West Virginia. Services will be held Sunday, August 7th at 2:30pm at Pimlico Recreation Center in The Villages. Pastor Harold Hendren from New Covenant United Methodist Church residing.
See more See Less

In Memory Of Lewis Carrol Knopp