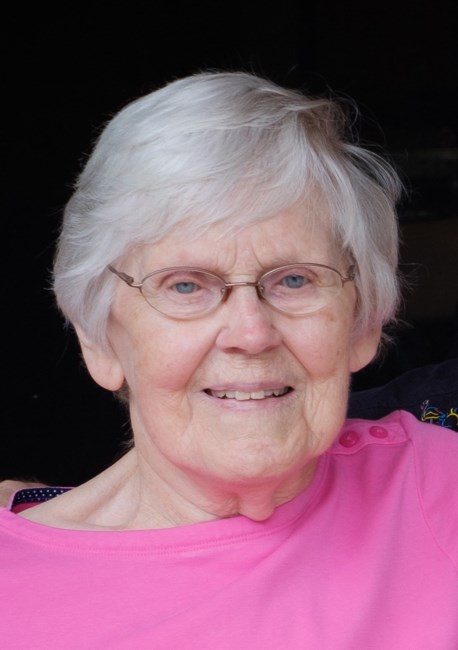 Jacqueline “Jackie” Bodenhorn, born January 2, 1926, was welcomed into God’s glory on November 21, 2022. Jackie was a very loving person, known for her generosity, and her kind, sweet, and gracious spirit. She was very loving, always thinking of others, and she adored her family. Jackie was born to James and Wanda (Kubiatowski) Brown in Detroit, Michigan on January 2, 1926. She was the oldest of seven children. Later, she married Earl (Bud) Bodenhorn on May 12, 1949. They were married 60 years before Bud died in July 2009. Together they raised 6 children and loved and enjoyed 9 grandchildren. At last count upon Jackie’s death, she had 8 great grandchildren to love. Jackie always made an effort to reach out to others and was dedicated to sending cards for every birthday and anniversary. She was admired by many extended family members who made an effort to gather with her when they visited from out of town. She is most remembered for her devotion to the Catholic faith and her love for her many family members. She was a member of St. Gerard’s Catholic Church in Detroit, Michigan and later a member of St. Perpetua Catholic Church in Waterford, Michigan until she became homebound. She was generous with her time and money, frequently donating to causes that were important to her and serving in her church. Especially during the pandemic, she proved her bravery, regularly telling others she was doing okay, which brought peace to her family when they wished they could do more. Though she wished she had the “gift of gab,” she always made the person she was spending time with feel cared for and special. She never recognized her intelligence or her beauty, though she became more confident when she gained independence when Bud lost some of his. Her grandchildren were a joy to her and even as adults, they included her in game nights, some even at her house. Jackie is survived by her loving children Susan (Robert) Taylor, Carol (Meredith) Hughes, Barbara Kaye (James) Cockrell, Janice Arnold, Kenneth (Lucia) Bodenhorn, and David Bodenhorn. She will be missed greatly by her grandchildren Erin (Jeff) Cobb, Jennifer (Ken Ayres) Cockrell, Scott (Cally) Taylor, Krista Hughes, Carolyn Van Pelt, Stacey (Brad Herr) Taylor, Christie (Vinnie) Jones, Mia Bodenhorn, and Ian Bodenhorn. She loved and was loved by 8 great grandchildren and many nieces and nephews. Jackie is also survived by her sister Barbara (the late Robert) Garcia and sisters-in-law Betty Brown and Jackie Bennett. Jackie is predeceased by her parents, James and Wanda Brown, her brothers James Brown and Robert Brown, and sisters Marilyn Brown (who died as an infant), Betty (Harold) Grix and Loretta (Vic) Galdes. Her family is very grateful for the staff at Sunrise Senior Living of Rochester (Michigan) who cared for her well in her final years and especially during the pandemic when they could not. Jackie will be greatly missed. Jackie’s celebration of life will be held at St. Andrews Catholic Church, 1400 Inglewood Avenue, Rochester, Michigan on Monday, December 5, 2022, at 11:00 AM with a visitation at 10:30 AM. In lieu of flowers, donations may be made to the Society of St. Vincent De Paul Detroit, 3000 Gratiot Avenue, Detroit, Michigan 48207.
See more See Less

In Memory Of Jacqueline Bodenhorn