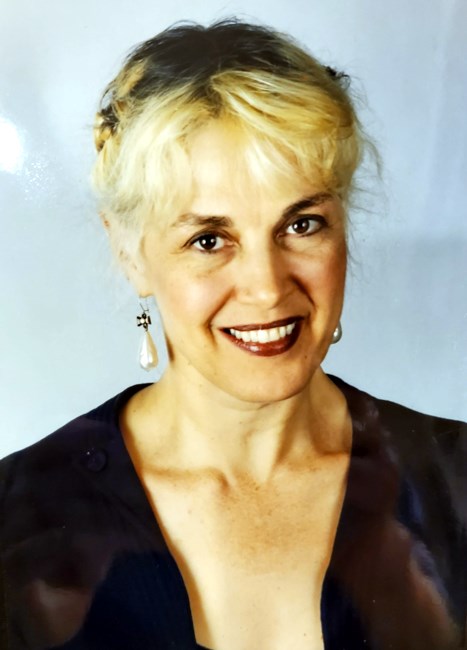 Linda Jacqueline Albertano, passed away on Tuesday, September 6th, 2022 at the age of 80. She was born on April 17th, 1942 in Moab, Utah where she grew up as well as in Denver, Colorado and graduated from Denver East High School in 1959. She lived for almost 55 years in Venice, California with her husband Frank. Linda worked as a guitar teacher, actress, film maker and developed a widely known career as a poet, performance artist and a musician who played guitar as well as a West African Cora. She was actively involved in politics and benevolent activities. Linda and her loving husband Frank spent almost 55 years together, including as Honors Graduates of UCLA. They travelled the world together, built a business together, and she was happy in their comfortable life in Venice, CA. Linda became a prominent and well-known persona in music, poetry and performance art. She was the first person to be invited to produce and direct a performance art piece for the opening of the Los Angeles Theater Center in the early 1980's. Linda received many honors and citations of merit for her poetry and performance art. In 2001 she was inducted into the group of five poets whose names and lines of poetry are publicly displayed on the Venice Poets' Wall Monument in Venice Beach, CA. She travelled and performed with the Alice Cooper Nightmare stage series on two occasions and was awarded two Platinum records which the group received. She was known for her beautiful and powerful speaking and singing voice. "Requiescet in Pace", Linda Albertano. Linda was preceded in death by her father James, her mother Alberta and her brother James. She is survived by her spouse Frank Lutz, who met her in 1968. Her husband would like to thank Santa Monica UCLA Hospital for the care and compassion they showed his loved one in her final days. Fond memories and expressions of sympathy may be shared at www.neptunesociety.com/location/sherman-oaks-cremation for the Albertano family.
See more See Less

In Memory Of Linda Jacqueline Albertano