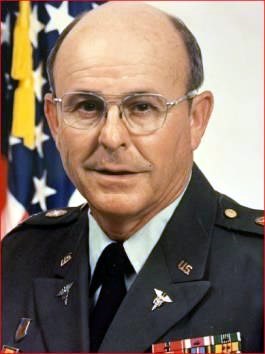 Colonel Thomas Henry Korte (Ret.), age 84, resident of the Army Residence Community (ARC) of San Antonio, TX, passed away on Saturday, September 19, 2020. Colonel Korte, born in Richmond, VA, on January 3, 1936, was a graduate of Virginia Tech with a Bachelor of Science Degree. He was commissioned a 2d Lieutenant in the U.S. Army in 1959 and served 30 years as a Medical Service Corps Officer. He received a Master’s Degree in Hospital Administration from Baylor University, attended the Industrial College of the Armed Forces and the Army Command and General Staff College. His years of service included Deputy Commander at Brooke Army Medical Center, Ft. Sam Houston, TX; Commander 4th Med Battalion, 4th Infantry Division, Ft. Carson, CO; Assistant Chief of Staff, Health Services Command, Ft. Sam Houston, TX; Assistant Inspector General, HQ, HSC, Ft. Sam Houston, TX; and Assistant Executive Officer OTSG, Washington, DC. In addition to numerous tours in the United States, he served in Germany, Korea and Vietnam. His decorations included the Legion of Merit, the Bronze Star with 1 OLC and the Republic of Vietnam Gallantry Cross Unit Citation. He was a member of the American Hospital Association and a Fellow of the American College of Health Care Administrators. Colonel Korte was a devout Catholic and a dedicated and active member of the Knights of Columbus Monsignor Robert Silverman Council 1959 and served as the Financial Secretary and Grand Knight for three years. He was also a member of the Equestrian Order of the Knights and Dames of the Holy Sepulchre. His family will remember him for many things: for his love of the outdoors, summer road trips and camping; for his love of animals, especially the birds that came to his feeders and lived in the bird houses he crafted; for his gift as a self-taught musician with a love of country music; for his talent as a painter and avid golfer; for his dry wit; for his faith, integrity and love of country; and for so many more qualities that made him a devoted and admired husband, father, grandfather, brother, uncle and friend. Colonel Korte was preceded in death by his parents and sister, Henry and Catherine Korte and Mary Martha Korte Chaize. He is survived by his loving wife of 58 years, Aurelia “Reli” Korte of San Antonio, TX; three children, daughter Cathy Lemmon McCormick, husband Mike and step-granddaughters Haley & Faith of Leesburg, VA, daughter Kristina Korte of San Antonio, TX and son Thomas H. Korte, Jr., wife Dr. Theresa Jarmuz and grandchildren Harper & Bennett Korte of Atlanta, GA; brother Joseph Korte and wife Mary of Modesto, CA; brother John Korte of Lewes, DE; nieces Lisa Chaize Thomas and Jennifer Korte and nephews Jim Korte and wife Liz, Mike Chaize, John Pat Korte, and Craig Korte and wife Kristi, as well as numerous great nieces and nephews and other members of the large extended Korte-Harling family that he loved so dearly. The family would like to acknowledge and thank the B Wing staff for the loving care given to Colonel Korte at the ARC Health Care Center, where he bravely battled Parkinson’s disease for the past 4 years. Their dedication and love and his faith and daily courage will forever be engrained in our hearts. The family would also like to extend deep appreciation to the medical staff at Brooke Army Medical Center, Northeast Methodist Hospital and the VITAS Inpatient Hospice Unit for the empathy and compassionate care given to Colonel Korte during his recent illness. A service will be held at a later date so that family and friends can gather to celebrate Colonel Korte’s life. In lieu of flowers and in memory of Colonel Thomas H. Korte, a tree can be planted through Trees For A Change or contributions can be made to the U.S. Army Medical Museum at Ft. Sam Houston or the Michael J. Fox Foundation for Parkinson’s Research.
See more See Less

In Memory Of Thomas Henry Korte