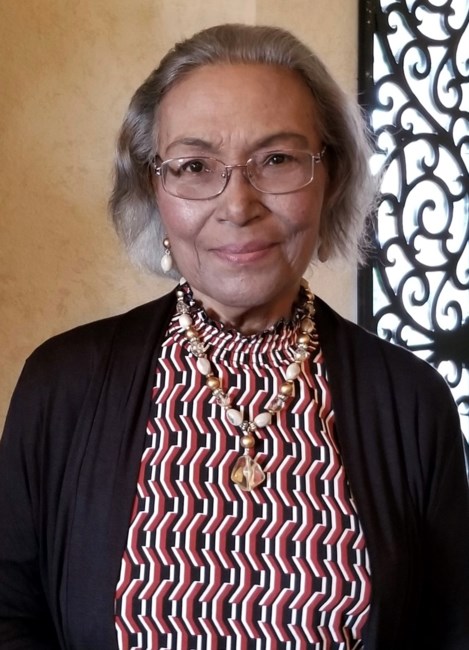 Barbara Jean Barnard Collins, age 86, passed away peacefully into eternal life on Friday, November 18, 2022, at her home in San Antonio, Texas. Barbara was born on November 11, 1936, in Foley, Alabama to Frances and George Barnard. She was preceded in death by her husband of twenty one years, Harold Winston Collins and her grandson Thomas Maldonado, and she is survived by her seven children: Debbie Collins, Geri Davis (Paul), Beverly Wade (James), Cheri Cross, Patty Kieffer, Harold Winston “Buddy” Collins, Jr. and Annette Decker (Bill). She also has eight grandchildren: Jessica Collins, Justin Cross, Julian Davis, Ethan Wade, Sophia Kieffer, Christopher Kieffer, Brandi Haverlock (Chad) and one great grandson, Dominic Scannell, her brother Harry Barnard (Carolyn), and her “sister” in-law, Jo Ann Bolton. Barbara grew up in Magnolia Springs, Alabama, where she attended church at St. John the Baptist Catholic Church in Magnolia Springs, AL (in which her grandfather donated the land for the church and cemetery) and Weeks High School. After marriage, she relocated to San Antonio, Texas where they raised their family. She worked and retired for the Air Force Civil Service at Kelly Air Force Base, where she received numerous awards and accolades. Barbara was a devoted Catholic and was an active parishioner of St. Vincent de Paul Catholic church for the past fifty eight years. Upon retirement, she enjoyed many hobbies such as gardening, sewing, painting, bible study, visiting her children and their families, and caring for her grandchildren. She loved visiting her childhood home in Alabama and visits to Rockport, Texas because she loved being near the water and the outdoors. She enjoyed long rides during the autumn season to see the “scenery” and the changing of the leaves. Barbara’s memorial service will be held Saturday, January 7, 2023, at St. Vincent de Paul Catholic church, 4222 SW Loop 410, San Antonio, Texas 78227. There will be a rosary at 12:30 p.m. and a memorial mass at 1:00 pm. A memorial service in Alabama, where her ashes will be buried, will be held in the spring of 2023. Details for the Alabama memorial service will be provided at a later date. In lieu of flowers, the family requests donations be made to The American Cancer Society in her honor.
See more See Less

In Memory Of Barbara Jean Collins