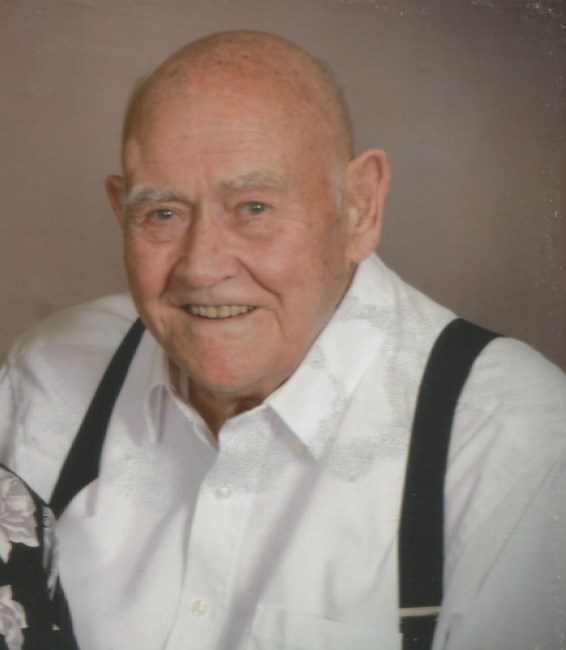 Vernon Edward Ott passed away November 12, 2022. He was 90 and 17/24 years old. So close to 91! Vernon was born November 13, 1931, in Lakeside Township, Minnesota, to Mildred, nee Mumford and William Ott. He was the fourth of nine children, attended school until the 8th grade and then helped with the farm. In 1954 Vernon was drafted into the Army. He was in the Army from November 1957 to November 1959, during which he spent 18 months in Germany. While in Germany, he was able to tour a lot of Europe. He married the love of his life Dorothy Polinder on February 24, 1962, at Bethany Lutheran Church in Onamia, Minnesota. Vernon and Dorothy were farmers in Onamia, Minnesota, until their move to Belvidere, Illinois, in 1968. He worked at Chrysler for 26 years. While employed by Chrysler, Vernon earned his GED. After retiring in March of 1994, Dorothy and Vernon returned to Minnesota. They lived in Aikin, Minnesota in a house on Lone Lake. During this time, they did a lot of fishing and took many guided bus tours throughout the USA and Canada. They also enjoyed spending time with family and friends. Vernon and Dorothy returned to Belvidere, Illinois, in 2007. Vernon enjoyed fishing, playing cards, word searches, gardening, tinkering in the garage, and going to Immanuel Lutheran Church. Vernon looked forward to going to the Boone County Fair every year to watch the tractor pulls and look at the antique tractors. He especially enjoyed spending time with family and friends. Vernon is survived by his sons: Lynn, Tom, and Todd (Kathy) Ott; his daughter, Paula Catalani; his granddaughters: Melody Turner, Christina (Joel) Perez, and Clarissa (Jerry) Vogel; his great-grandsons: Brayden McLaughlin, Christian, and Joseph Perez; his sister, Minnie Gilbert; his brothers, William and George Ott; his brothers-in-law: Earl (Eunice), Gary (Vivian), and John Polinder; his sisters-in-law: Carol Ott, Alice Polinder, Trynie Hanson, Louise (Sam) Miller; and numerous nieces and nephews. Vernon is preceded in death by his wife, Dorothy, grandson, Gregory Larson; brothers, Edwin and Henry Ott; sisters: Goldie Ott, Sylvia (Curtis) Stempf and Leona ( Joseph) Huonder; brothers-in-law, Al Gilbert and Raymond Hanson; and sisters-in-law, Betty Ott and Sally Polinder. A visitation will be held Saturday, November 19, 2022 from 9:00 am until time of Celebration of Life Service at 10:00 am at Immanuel Lutheran Church, 1045 Belvidere Road, Belvidere, Illinois 61008.
See more See Less

In Memory Of Vernon Edward Ott