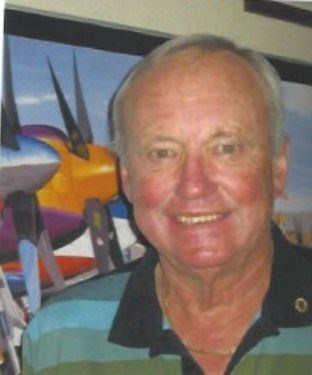 Robert Lawrence Johnson was born at the Brooklyn Naval Shipyard on July 7, 1946. A majority of his youth was spent in San Diego, California. He graduated from Crawford High School in 1964, and then went to San Diego State University where he graduated in 1968 with an aeronautical engineering degree. He then went into the officer and pilot training with the United States Air Force. He spent 6 years on active duty flying C141 cargo planes, and then 17 ½ years in the reserves. He served in Vietnam and was called back to active duty in 1992 for Desert Storm. He married his wife Jan in February of 1972, adopted her daughter Christina, had their daughter Jennifer, and became an incredible father. He coached their sports teams and attended Indian Princesses, a father daughter bonding group, and was always the life of the party. He always made time for his 3 girls when he was home from flying trips. He retired from the Air Force in December of 1992. While in the reserves he also flew 20 years with Southwest Airlines. At age 60, he was required to retire due to age limits for pilots. He hated to give up something he loved but was able to fill up his new free time with golfing, skiing, traveling, and family. He died suddenly and peacefully on November 16, 2022. He is survived by Jan, his wife of 50 years, Christina Johnson, his oldest daughter, and Jennifer Bigelow, his youngest, her husband Tony Bigelow, and their children Logan and Ashlyn Bigelow, and his brother, Rick Johnson. He is preceded in death by his parents and his two sisters. Despite the fact he died far too soon, he lived a very active, happy life. and was loved by everyone. There will be a celebration of his life in summer of 2023.
See more See Less

In Memory Of Robert Lawrence Johnson