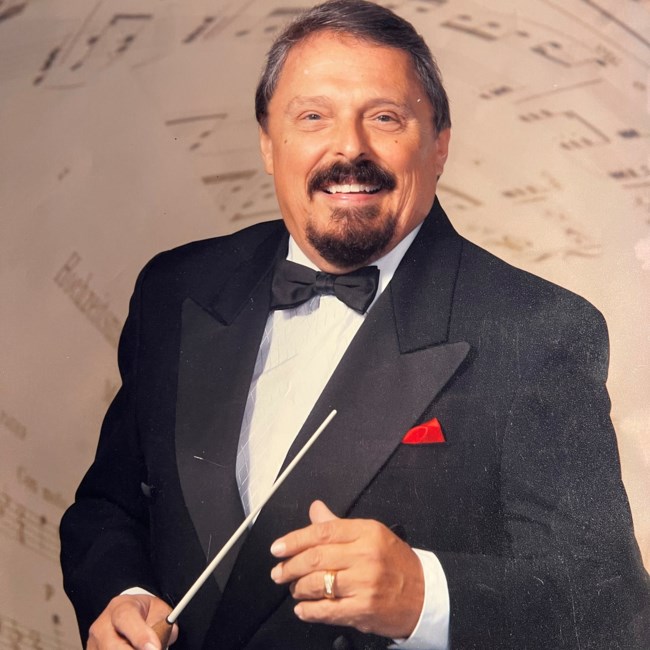 Mr. "D" On Wednesday January 12th Stanley Dmitrenko loving husband, musician, teacher, band director, brother-in-law, and uncle went to be with the Lord at the age of 73, after a long decline with Alzheimer's. Stan was born on December 15th, 1948, in Europe and immigrated nine months later to Cleveland OH, with his Polish and Ukrainian parents. As an only child he was raised on West 11th Street in the original “The Christmas Story” house in Cleveland, OH. A gifted woodwind musician, Stan Attended North Olmstead High School earning many awards, while attending Ohio State University he was a member of the university’s jazz band for four years and graduated from Ohio State University with his bachelor’s degree in music education in 1971. After moving to Florida and teaching privately for several years, Stan taught middle school band for Broward County Public Schools for 40 years from 1974-2014, where he inspired thousands of music students at Lauderdale Lakes Middle School*, Silver Lakes Middle School* and Millennium Middle School, and earned Teacher-of-the-Year* twice. His band students constantly won awards and superior ratings at annual music festivals. In 1993 he met Cynthia his wife and they married in 1995 in Margate, FL. Stan started his own band the Hollywood Polkateers/Hollywood Express Band in the 70’s and they performed in South Florida through 2013 at local Community organizations and Ethnic clubs including the Polish club (Hollywood, Fort Lauderdale, Lake Worth), Ukrainian club, Italian Club, German Club and the Scottish Society. Throughout his lifetime Stan has continually performed in a variety of bands including the Pompano Beach/Deerfield Beach Pops, Broward College Jazz Band, Mike Norris Big Band, Pauly Cohen Band, and The Broward Symphonic Band. Stan’s other interests included gardening and tending fruit trees in his yard, coin collecting, cruising, plus he continually studied jazz music on his clarinet, saxophones and flute while assisting his wife in their sewing machine dealership and fabric store Cynthia’s Fine Fabrics/Sew Fine Quilt Shop that they started in 2001. Stan was preceded in death by his father John and his mother Helena. He is survived by his wife Cynthia Dmitrenko of 27 years, former Broward County teacher and owner CYNTHIA’S FINE FABRICS & Notions in Tamarac, Florida, brothers-in-laws; George “Hank” Smith of Margate, FL and Steven B. Smith of Katy, TX, sisters-in-laws; Susan Lynn Smith of Lake Wales, FL and Marie Smith-Potter of Coral Springs, FL, nephews and nieces: Daniel Smith, of Washington, Amanda Gray, Katelyn Gray, Phoebe Potter of Florida & US Army Specialist Beau Potter, S. Korea, great nieces and nephews: Leah, Luke & Max Smith and Jesse, Rylee & Gwen Murphy, and his pets Garfield & Gracie. A life celebration with music will take place on Saturday February 5th, 2022, 10:00 AM at Church by the Glades 400 Lakeview Dr Coral Springs FL 33071 In lieu of flowers, donations in Stan’s honor, may be made to the music program at Church by the Glades (cbglades.com) 400 Lakeview Dr Coral Springs FL 33071, 954-755-7767.
See more See Less

In Memory Of Stanley Dmitrenko

A Celebration Of Stan's Life