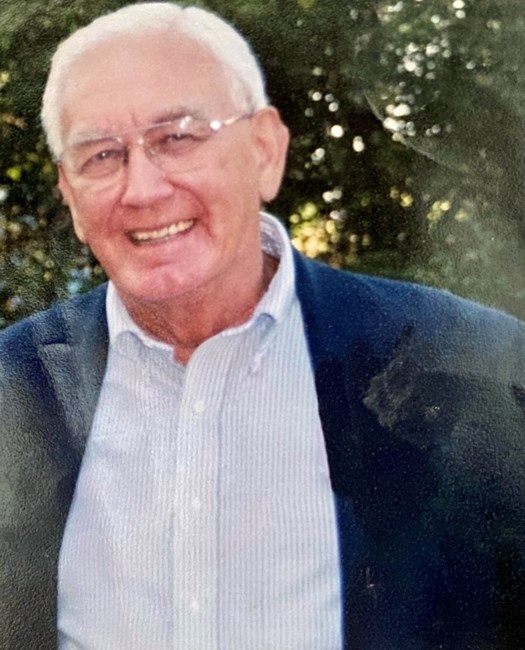 Bob was born January 11,1931 in Youngstown Ohio. He took an early interest in sports and music (being invited to join Barnum and Bailey Circus band, to which his mother said he was too young at 14), and became an early, ardent, fan of the Cleveland Browns, which lasted until his demise. Bob attended the College of Wooster where he met his wife Mary, both graduating in 1953. His interest in teaching school was thwarted by one of his professors, and in a moment of pique, Bob switched to law. He then attended Case Western Reserve University getting his J.D. degree in 1956. During this time Bob made the best decision he would ever make - he married Mary Elliott in 1955. They had three wonderful children: Matthew (wife Susan Levine), Timothy (wife Cyndi Wykoff) and Anne, along with three wonderful grandchildren, Roxanne Archibald (husband Stéphane), Will Archibald, and Benjamin Archibald, and two precious great-granddaughters (identical twin girls) Margaux Anne Damolini and Madeleine Marie Damolini. Bob loved the outdoors and he and his family tent-camped all over the U.S. parts of Canada and Hawaii. His favorite camp ground was Arcadia National Park in Maine. Bob also enjoyed biking, bowling, golf, ice skating and distance running. His ineptness at many of these endeavors was excused by his enthusiasm and sense of humor. Bob worked for the same law firm ( McNeal Schick Archibald & Biro Co., L.P.A. )for 45 years retiring as a senior/ managing partner. He was a member of many law-related organizations and received many awards over the years. His most prestigious awards were: Fellow of the American College of Trial Lawyers and Member of Defense Council. Bob tried lawsuits at all levels, both State and Federal and was one of the few lawyers who tried cases in 84 of Ohio’s 88 counties. He was active in the Church of the Covenant, which he joined in 1956. He held positions as deacon, elder, clerk of sessions, president of the society, and as a commissioner to the general assembly. Bob was proudest, however, of teaching a junior high class in Sunday school for two years. Bob was a member for 43 years in Alcoholics Anonymous; and facilitated the recovery program for judges and lawyers. He was an enthusiastic optimist with a laugh that was infectious. On a serious note, Bob would often recall, “I will never be given a load too heavy for me to be bear and my Higher Power is always there to help me carry it.” (Twenty-Four Hour a Day). God, grant me the Serenity To accept the things I cannot change... Courage to change the things I can, And Wisdom to know the difference. Living one day at a time, Enjoying one moment at a time, Accepting hardship as the pathway to peace. Taking, as He did, this sinful world as it is, Not as I would have it. Trusting that He will make all things right if I surrender to His will. That I may be reasonably happy in this life, And supremely happy with Him forever in the next. Amen Fond memories and expressions of sympathy may be shared at www.neptunesociety.com/location/cleveland-cremation for the Archibald family.
See more See Less

In Memory Of Robert D. Archibald