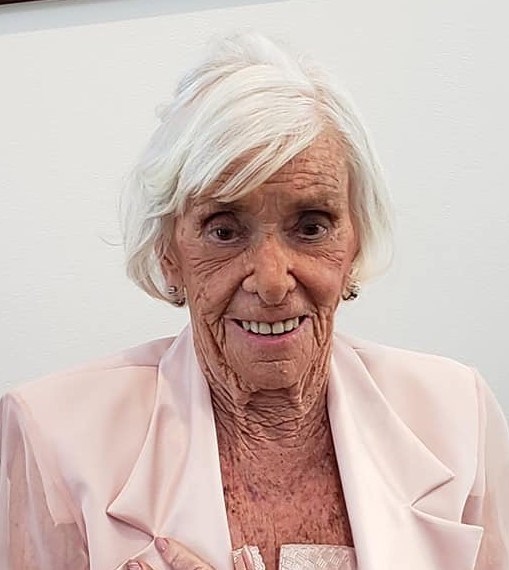 Carolyn Miller Quay of Sebring, Ohio, passed away on Tuesday, September 13, 2022, at the age of 98. She was born on December 12, 1923, in Cleveland, Ohio to Beatrice D. Miller and Elmer “Lefty” Miller, who predeceased her. She lived her early years in Kent, Ohio. She graduated from Hathaway Brown School and Connecticut College for Women. Carolyn was preceded in death by her husbands Robert Grasmehr and George Quay. Carolyn lived a long, rich life and was the epitome of the modern woman. She was truly a woman ahead of her time and had a career when many women stayed home to raise children and take care of their homes. Carolyn worked as a buyer at Halle Brothers in Cleveland, Ohio. She was an elementary teacher in Prince Georges County, Maryland, the Department of Defense Dependent Schools in Okinawa and Tokyo and Palm Beach County, Florida. She worked as a vice principal and principal at the middle and high school levels while in Japan. A world traveler, Carolyn took advantage of her time in Asia and traveled extensively to China, Korea, Europe, South America and throughout Japan. She returned to the States and lived in Delray Beach, Florida until returning to Ohio in 2013 to live out her years at Copeland Oaks in Sebring, Ohio. Carolyn is survived by her sister, Sue Vajner, nieces Marcy (Dan) Marinelli, Lyn (Bob) Slygh, Betsy (Bill) Novakovich, stepchildren George (Julie) Quay and Judy (Rob) Froelich. She is survived by many great nieces, great nephews, grandchildren and great grandchildren. She touched so many lives with her humor, her love of life and her sage wisdom. She will be missed by many. The family would like to thank the staff at Copeland Oaks and Aultman Alliance Hospice for the care they gave Carolyn. They would also like to thank Georgia Marks from Visiting Angels for her compassionate care. Memorial services will be announced at a later date. In lieu of flowers, contributions in Carolyn’s memory can be made to Hathaway Brown School, 19600 N. Park Blvd., Shaker Heights, OH 44122 (on-line giving: www.hb.edu\donate) or to Aultman Alliance Hospice, 270 E. State St., Suite 130, Alliance, OH 44601. Fond memories and expressions of sympathy may be shared at www.neptunesociety.com/location/cleveland-cremation for the Quay family.
See more See Less

In Memory Of Carolyn Miller Quay