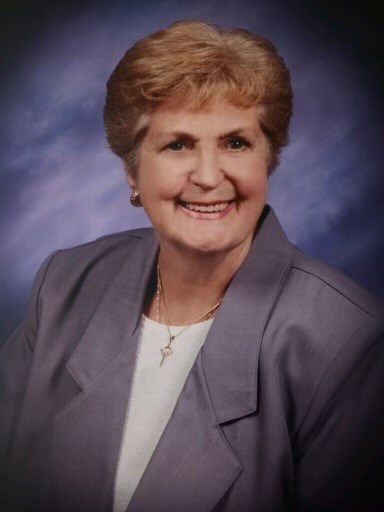 Phyllis A. Flicker, 86, of Point Pleasant, New Jersey passed away peacefully on June 25, 2022. She was born on January 31, 1936 to Francis and Anna Celestia (Hart) McGrath in Wharton, New Jersey. She graduated from St Mary’s School in Wharton where she was so proud to be chosen to crown Mary in the May crowning. She was in the first graduating class at Morris Hills Regional High School in Rockaway, New Jersey and she was crowned Queen of the Prom as a Senior. Phyllis graduated from Morris County College in Randolph, New Jersey when she was almost 60 years old with an Associates degree in Engineering. In 1990, she earned her pilot’s license and flew her plane to many destinations in the United States. Phyllis and her husband Richard also traveled throughout the U.S. in their Recreational Vehicle. She achieved her plans to travel to Nova Scotia, Alaska and twice to Ireland. She will be sorely missed by all who knew and loved her. Phyllis is survived by her sons, Robert (Patsy Williams) Lowe and Thomas (Catherine Fenske) Lowe and her daughter, Deborah (Robert) Guerrierie, her grandchildren, Angela (Jason), Kathryn (David), Mary (Anthony), Timothy (Cherlise), Anthony (Vicky) and Megan, her great grandchildren, Austin, Lily, Emma, Robert, Isla, Annabel, Thomas and June, her sisters, Joan, Patricia, Lisa, and her brother James. She was predeceased by her parents, her husband, Richard, her sisters Marie, Eileen and Carol and her brother Francis, Jr. Funeral services arrangements are private.
See more See Less

In Memory Of Phyllis A Flicker