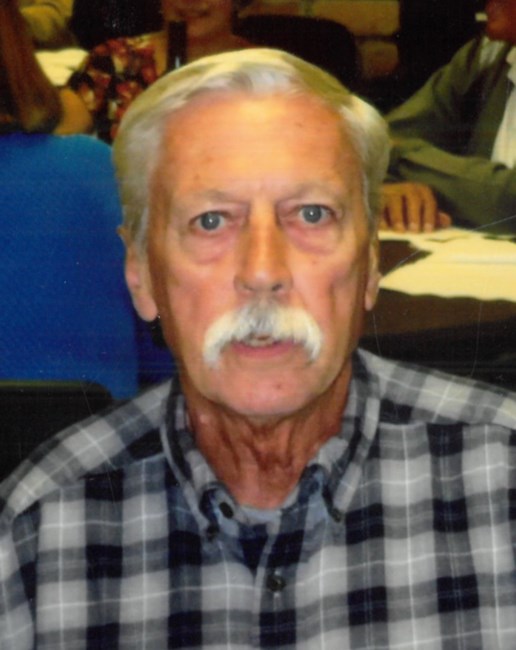 John L. Dusing of Palm Harbor, FL passed away in the morning, Monday, November 21,2022. He leaves a huge hole in the hearts of his family and friends who were always entertained by his stories and jokes and he will be dearly missed. John was born to Clyde and Margaret (Lyons) Dusing of Chicago, IL. On May 13th, 1961 he married Marianne (Bonura) in Chicago. John and Mariann had a long and beautiful life together. Sometimes there were challenges, but there was always a lot of joy and laughter too as they raised their two sons James and Richard. John met every challenge with hard work, humor and perseverance. John attended Triton College in River Grove, IL, where he took classes in engineering and drafting. He was a long time employee of the Spraying Systems Company of Wheaton, IL. John was well liked by many of his co-workers and employees and known for his sense of fairness, humor, and practical jokes. He loved to brag that all the best cooks worked in his department. Christmas was his favorite food extravaganza. John's favorite thing to do was to spend time with his family. He loved hosting pig roasts and sitting and chatting with relatives and friends. When possible, John would go fishing on Lake Michigan or in Canada. Travel held a special attraction for the couple and they always looked forward to the next new place to explore. At home, John was an avid hockey fan and rooted for the Tampa Bay Lightning. He was well known for his sense of humor and love of good food. He is survived by his beloved wife, Marianne Dusing, sons James Dusing (Tina Boals) of Freeport, IL and Richard Dusing (Amy Truesdale) of Delphos, Ohio, his brother Michael Dusing of St. Charles, IL and his sisters-in-law Mary Lou Dusing of Elgin, IL and Celeste Conforti of Leland, NC. He was a fond uncle to many nieces and nephews. He was preceded in death by his parents, brother Thomas Dusing, and sister Patricia Dusing and brother in law Michael Conforti. There are no services scheduled per John's request, however, anyone wishing to honor his memory is welcome to donate to any of the following organizations; St. Jude's Children's Hospital, The American Diabetes Association, or the Parkinson's Foundation. The family would like to express their gratitude to the many caring friends and neighbors for their support during this difficult time and to the Suncoast Empath Hospice for their wonderful care.
See more See Less

In Memory Of John Lawrence Dusing