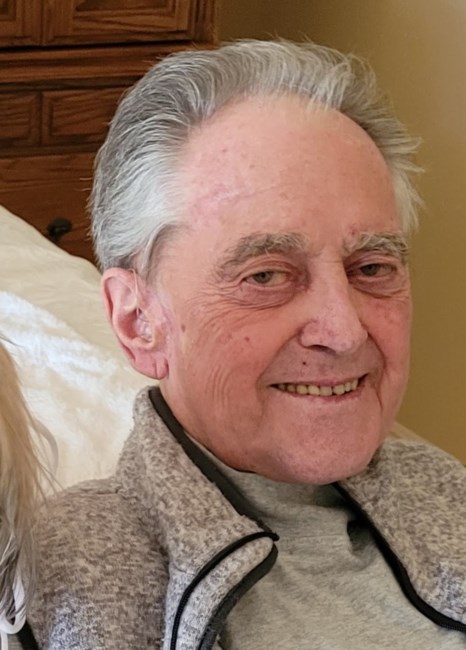 Paul Arthur Heilman, devoted father and loving husband passed away on November 25, 2021, with his beloved wife, Suzanne, at his side.

Paul was born the second of six children to Edward F. Heilman and Clara Dhooghe Heilman on February 24, 1933 in Kansas City, Missouri. Paul made countless memories and formed life-long friendships in the old northeast area in which he grew up. He attended Holy Cross grade school, Glennon High School and graduated from Rockhurst College in 1954 with a BS in Business Administration. While in college, Paul served his country in the Army Reserves in a 105-gun outfit. After graduating, he joined the Marine Corps, serving as a member of a 155-gun outfit stationed in Twenty-Nine Palms, CA. Paul looked forward to off-duty weekends when he would drive his 1955 Chevy to Garden Grove and enjoy home-cooked meals with his maternal aunt, Louise (Dhooghe) Ramsburger and her husband Gene, who were like parents to him. While station in California, Paul met his first love, Lou Phifer. Paul and Lou were married in 1956, moved to Kansas City and together raised four children: Jana, Paula, Ed, and Rachel.

With a rank of corporal and his expert marksmanship badge in hand, Paul returned to Kansas City and began working as an Asst. Maintenance Engineer at his father’s company, AAA Linen Supply. He spent his career at AAA, serving as the company’s President and CEO before his retirement. Paul, along with Brothers Roy, David and brother-in-law Karl Skiff, steadily grew the business to a successful multi-state company now operated by third-generation family under the name Ace Image-Wear.

Over his lifetime, Paul served as President of the Southwest Linen Supply Assn, the Kansas city Breakfast Club, was an avid hand ball and racquetball player, and was even able to earn a pilot’s license. He had a passion for real estate and enjoyed buying, selling, and negotiating commercial real estate with partners, Sid and Bob Ehinger.

In 1988, Paul married the second love of his life-Suzanne McElroy Holmes and became father to Michael Andrew Holmes. Paul and Suzanne took great pleasure in traveling. Together they rode elephants, hiked mountains and made new friends in foreign lands. Paul never hesitated to strike up a conversation and made new friends everywhere they went. Paul and Suzanne visited 65 countries in all. While he enjoyed traveling, Paul was always ready to return home to the country he loved. Throughout his life, Paul held great respect for the United States and those who served to protect it.

Loud and famously uncensored, Paul will be remembered as a one of a kind, larger than life character who left and impression on every person he encountered. H had a great talent for storytelling. His colorful language, his animated delivery, his shouted punchlines, and his silent, convulsive laughter were irresistible. When Paul spoke, one could not help but listen; when he laughed, one could not help but laugh along.

Paul accumulated much wisdom through his life experiences and he generously dispensed it free of charge to his children, grandchildren and often, strangers. He seemed to know everything; he knew how to fix anything broken, how to save money while traveling, where his children should invest their money, where his granddaughters could meet good men (the gym after 5 pm). Paul’s grandkids remember childhood birthday shopping sprees with Paul and Suzanne that always culminated in a trip to the New Balance store and a lesson from Paul on the importance of sensible, properly fitting shoes. Paul is and will always be the voice in many of their heads.

Paul had many successes in his life, but he shared that his greatest accomplishment and legacy was “leaving the world a better place through his five wonderful children.” And to that we say, “Rest in peace, Dad. Thank you for your guidance and life lessons, We love you and will hold you close to our hearts forever.”

In lieu of flowers, please consider making a contribution in Paul’s name to the CLL Global Research Foundation, c/o Dr. Michael J. Keating, Unit 428, PO Box 30142, Houston, TX 77230-1402. Without Dr. Keating and his great work in the study of leukemia, Paul would have left us many years ago. Internment of ashes and celebration of life will take place over Memorial Day weekend for family and friends. A separate notice will be sent closer to this date.

In Memory Of Paul Arthur HEILMAN