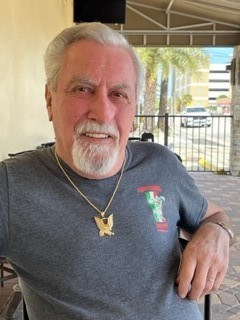 Richard (Rick) John Languedoc of Crossville, Tennessee passed away on Friday, November 11, 2022 at the age of 77. He was born on February 27,1945 in Manhattan, New York where he grew up living on Long Island until he entered The U.S. Navy. Rick worked as a supervisor as well as a consultant later for Lockheed Martin, formerly Martin Marietta. He worked many years at the Orlando, FL plant on the Lantirn Program as well as at the Ocala, FL. plant. He was actively involved in playing golf and enjoyed fishing. He also liked to travel in the States as well as abroad and was an excellent cook. Mr. Languedoc is preceded in death by his father Oliver Languedoc, mother Emily Languedoc, son; Richard John Languedoc Jr., brother Fred Languedoc, and sister Maureen Harris. He is survived by his wife Maruta (Margaret) Languedoc, stepsons Charles E. (Rebecca) Sapp and Matthew J. (Heidi) Sapp, sister Madeline Doyle, grandchildren, nieces, and nephews. The family would like to thank Hospice of Cumberland County and the staff of Cumberland Medical Center for the care and compassion they showed our loved one in their final days. In lieu of flowers etc, please make donations to Hospice of Cumberland County, Crossville, Tennessee.
See more See Less

In Memory Of Richard John Languedoc