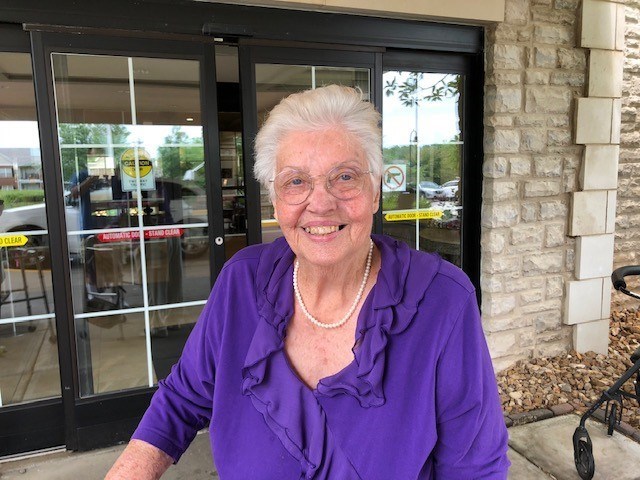 Beverly Potter Parks Barker Nix Beverly was born on April 20th, 1925 to Dr. Lee and Inez Potter. She had two older sisters, Inez and Eileen. Beverly graduated from Southwest High School and went on to Columbia to attend the University of Missouri and graduated with a degree in Home Economics. She used her culinary skills in cooking and entertaining, sewing and gardening throughout her life. During college she met and married James Lewis Parks from Columbia. He graduated from law school at Mizzou, following in the footsteps of his father who had been Dean of the Law school. After several years living in Columbia, they moved to Kansas City and had two children, Jack and Cathy. She raised them to enjoy the outdoors as much as she did. She spent a lot of time gardening, but also enjoyed entertaining and was hostess for many elegant dinner parties. Holidays were particularly exciting for her and she loved the decorations, the food and the parties. After Lew’s death at an early age, she decided to become active in the community as well as politics. She was a Missouri Republican Committee Woman, a founding member of the Jackson County Legislature, a Kansas City Missouri Police Commissioner for eight years, a board member of Truman Medical Center as well as being on the board of Research Mental Health. In the follow years she was married first to Maurice Barker who died of cancer. A year later, a Hospice worker introduced Beverly to Herschel Nix. His wife had recently died of cancer also and the Hospice lady thought they would make a great couple, which they did. They were happily married for many years and enjoyed spending winters in Morongo Valley near Palm Springs in a house that Herschel personally built. Unfortunately, she lost Herschel to Parkinson’s disease. Beverly lived almost 10 years at Town Village of Leawood, happily playing a lifelong passion of bridge, painting and enjoying her later years. She lived to be 97 years old and passed away peacefully on September 21st. She is survived by her son Jack and his wife, also named Beverly of Kansas City, her grandson Christianne LaBrie of Kane, PA and granddaughter Jennifer Starr who lives in Florida. Additional information can be added by family and friends.
See more See Less

In Memory Of Beverly Barker Nix