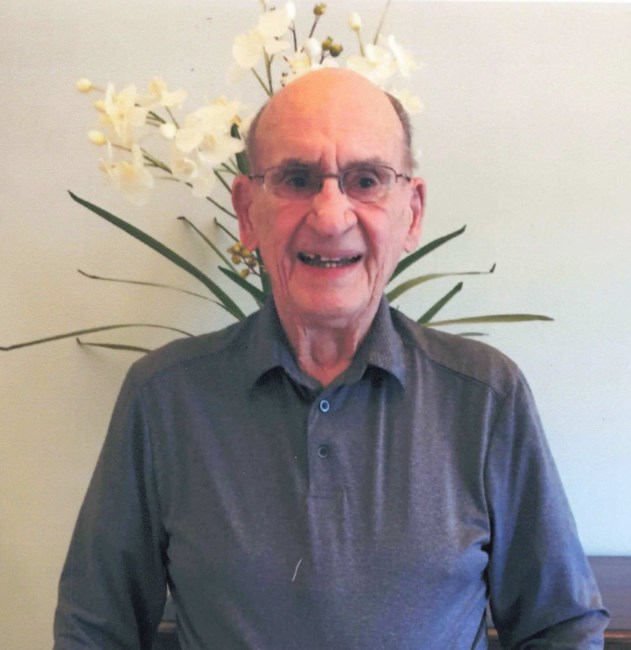 William “Bill” Anderson passed away on November 15, 2022, at The Allegro, Fleming Island, Florida, where he’d lived for the last 12 years. He was born on August 13, 1923, to Herman Paeckert Anderson and Eva Margaret (Opper) Anderson in Stratford, Ontario, Canada. They moved to Detroit, Michigan, when he was an infant and he became a Naturalized Citizen in 1929. Bill enlisted in the Army in 1943 and proudly served as a Surgical Tech in the Ear, Nose, and Throat division in the Philippines. He was honorably discharged in 1946. He returned home to Detroit and began to learn the Tool and Die trade. Shortly after his return, he met Audrey June Dace and they married in 1948. They went on to have three children. Bill worked for the General Motors Research Laboratories for 38 years. Upon his retirement they traveled by RV for two years before moving to The Villages, Florida, in 1988. Bill was preceded in death by his parents and his wife. He is survived by his three children; Robert “Bob” Anderson (Margie), Carol Sebesta (Wayne), MaryKay McGuirt (Davis) and eight grandchildren. Bill’s Memorial Service will be at 11:00 a.m. on Saturday, December 10, 2022, at Grace Anglican Church, 5804 Highway 17, Fleming Island, FL 32003. In lieu of flowers, the family requests donations be made to either the Music Ministry of Grace Anglican Church (address noted above) in honor of Bill’s many years of singing in church choirs; or to the Wildlife Rescue Coalition, 5250 Porter Rd Ext., St. Augustine, FL 32095 (online at wildlifecoalition.com) in honor of Bill’s love of wildlife. Fond memories and expressions of sympathy may be shared at www.neptunesociety.com/location/jacksonville-cremation for the Anderson family.
See more See Less

In Memory Of William Earl Anderson