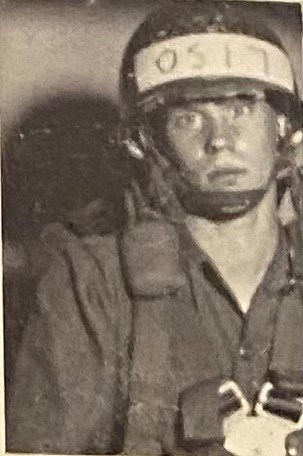 Kevin Dwyer passed away at the age of 70 on September 16, 2022. He was surrounded by family and his dog Frannie at Community Hospice Bailey Family Center for Caring. Kevin was one of six children of Eileen Dwyer and the late Joseph Edward Dwyer. Kevin was born in St. Louis, Missouri. He graduated from Gordon High School in Decatur, Georgia. In 1970, Kevin enlisted in the U.S. Army. He served with honors as a member of the 101st Airborne/Pathfinder/Ranger in Vietnam. Kevin moved to St. Augustine, Florida in 2002. Kevin was a specialty carpenter/tradesman. He had been retired for the past 10 years. Kevin is survived by his brother Patrick Dwyer; sisters Pamela Lorch, Karen Carlson, Laura Pierle; Nephews, Will Carlson, Adam Carlson, Shawn Carlson, Jonathan Lorch, Jr., Zachary Lorch, Jon Dwyer; Nieces, Hannah Pierle and Nicole Dwyer; Great Nieces Kalyn Le, Emily Lorch, Ava Carlson, Ruby and Lyla Carlson; Great Nephews Liam Carlson, Christopher Lorch and Liam Lorch; Great-Great Nieces Tatum and Serena Le. Kevin was preceded in death by his brother Keith Dwyer. Some of Kevin’s greatest joys was spending time with his nieces, nephews, great-nieces, great nephews, and great-great nieces. They brought him much enjoyment in life. Kevin will be put to rest on November 12, 2022, at 9:30 a.m. at Jefferson Barracks National Cemetery, St. Louis, Missouri. In lieu of flowers, and to honor Kevin Dwyer, donations can be made to: Community Hospice Bailey Family Center or the American Cancer Society. Fond memories and expressions of sympathy may be shared at www.neptunesociety.com/location/jacksonville-cremation for the Dwyer family.
See more See Less

In Memory Of Kevin Edward Dwyer