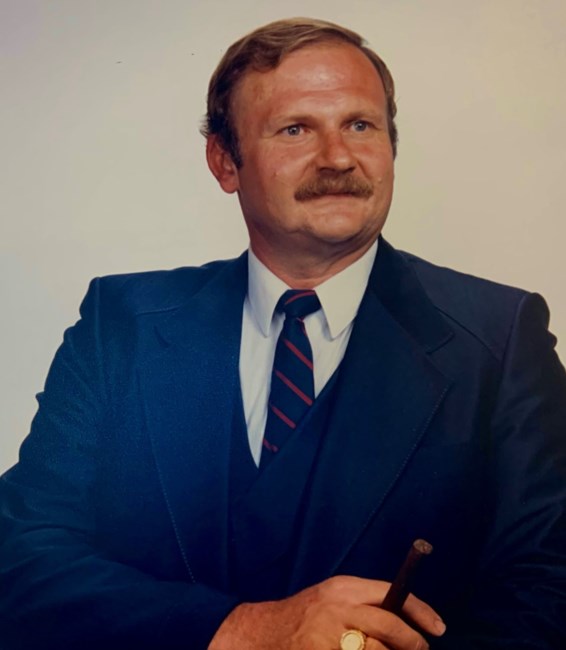 George Hadzewycz of Ormond Beach, Florida, passed into eternal rest June 26, 2022, in Daytona Beach. Born May 17, 1942, in Lviv, Ukraine, George came to the United States with his family in 1948, eventually settling in Niagara Falls, New York. George first gained fame at Bishop Duffy High School in Niagara Falls as a football and track star, along with exemplary accomplishment in the classroom. After graduating from Bishop Duffy in 1960, George went on to Colgate University, where he played football as a receiver and majored in Russian studies. He graduated from Colgate in 1964 as an Austin Colgate Scholar, having earned four letters in football, participating in lacrosse and wrestling, and with membership in Phi Kappa Psi Fraternity, Newman Club, Russian Studies Club, and service as a freshman residence advisor. Soon after graduation, George was drafted into the U.S. Marine Corps, later entering Officer Candidate School at Quantico, Virginia, in 1967, and proceeded into flight training as a helicopter pilot. During training in Pensacola, Florida, he met and married his first wife and the mother of his children, Sherry Gilmore (now Kennedy), before service in Vietnam. As co-pilot on a fuel delivery mission near Con Thien on May 12, 1967, George’s helicopter was shot down by a mortar round, killing two of his fellow crew members and injuring George and another crewman. George returned to Pensacola for a lengthy recovery at the NAS hospital there, where he met his five-day-old daughter. Following his medical discharge from the Marines, he returned to school at the University of West Florida, where he earned bachelor’s and master’s degrees in business administration. George embarked on a lifetime career in banking, beginning with Barnett Bank briefly in Pensacola before being transferred to Plantation, Florida, in 1973. He moved on to City National Bank of Hallandale in 1980, rising to an executive level before retiring from banking in 1986, when he moved to Ormond Beach and shortly thereafter met and married his second wife, Brenda (née Johnson). They lived happily together at their home, where George cared for Brenda through numerous health challenges until her death in 2019. George spent many years in leadership with the Ormond Beach Lions Club as a lifetime member, often serving as “Santa’s helper” by telephone to children all over the country through the Club’s “Santa Calling” program, and he was active in the Toastmasters club as well. He also was a loyal and faithful member of Holy Dormition Byzantine Catholic Church in Ormond Beach since its inception, having been involved in its formation as a parish in 1987. George was preceded in death by his parents, Zenon Hadzewycz and Nadia Padoch Hadzewycz, and his wife Brenda. He is survived by his brother, Markian Hadzewycz, and his sister Lydia Angeline and husband Ralph; his children: son Christopher Hadzewycz and his wife Donna of Daytona Beach; daughter Lidia Lambert and her husband Lance, of Pace, Florida; daughter Tanya Westerkom and her fiancé Jeffrey Spoeri, of Beaumont, Texas; grandchildren Laurence Hadzewycz, Alexander Hadzewycz, Kirsti Hadzewycz, Connor Lambert, Carley Lambert Angeles and her husband Cruz, Andrew John “AJ” Westerkom, Allen Westerkom, and Aidan Westerkom. A funeral mass will be celebrated at 10:00 AM on July 9, 2022, at Holy Dormition Byzantine Catholic Church, 17 Buckskin Lane, Ormond Beach, with reception to follow. Interment to follow at a later date at Barrancas National Cemetery, Pensacola, Florida. In lieu of flowers, memorial contributions may be made to Ormond Beach Lions Club Foundation, Inc., P.O. Box 1912, Ormond Beach, Florida 32175-1912.
See more See Less

In Memory Of George Hadzewycz