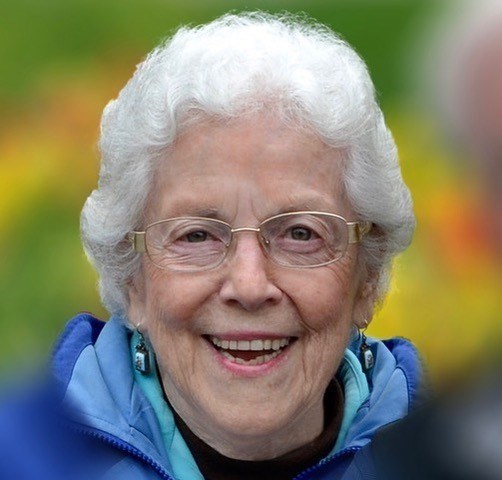 Born in Chicago, May 3, 1935. Jan went to be with Jesus, the love of her life, September 13, 2022 at age 87. Jan grew up in Chicago and was the top High School student in her class also winning the mathematics award. Jan began university studies as a pre-med student at the University of Illinois. Jan was very smart and hard-working. Jan, being the only woman in the large pre-med class, met resistance from a medical school professor wanting to prevent women from becoming doctors. Jan graduated in psychology, married Ban in her sophomore year, and had a child her senior year. Jan was a member of Kappa Kappa Gamma where she lived the first year of her marriage due to being secretly married on April Fool’s Day 1955. Jan and Ban met at Morgan Park High School in Chicago and were married 67 years. Jan was the ultimate wife and faithfully followed her husband living in Maryland, Pittsburgh, Grand Rapids, Long Island, Houston, and Dallas and putting up with him when he retired early at age 53. Jan was the mother of four: Scott Banfield born in Chicago, Douglas Banfield born in Pittsburgh, and Beckie Renee and Susan Dee born in Grand Rapids, all living in Texas. Jan had a close relationship with Jesus from an early age. Jan’s Sunday School teacher said she memorized her first prayer at age 3 ½ “Dear Jesus in your house I pray – I love you, love you every day.” As a child, Jan would walk miles to church during the week and sit in the sanctuary alone to be close to Jesus. Jan led Bible discussion groups and mentored women for most of her life. Jan was the ultimate prayer warrior consistently spent two hours a day praying for others. Later in life when asked who her hero was, Jan very honestly answered “Jesus”. Jan humbly and consistently put others first and ministered to many young women all her life. People have always been drawn to Jan, like bees to nectar, due to Jan’s close relationship with Jesus and her warm loving smile. Ban often said he was the luckiest man in the world marrying Jan. Jan also ministered on choir trips to Italy, Spain and Brazil, helped physically build a church in Paris, France, and lived in Russia leading small groups and handling finances for the International School Project which ministered all over Russia & Ukraine teaching thousands of public-school teachers Christian Ethics and Morals: A Foundation for Society to be taught in the public schools. She also served with the Jesus Film at the 2000 World’s Fair in Germany. Jan received an award for her years in Russia from the International School Project / Campus Crusade for Christ (Cru) reading “In grateful appreciation for helping enrich a nation's soul”. Jan was the youngest child of Ralph and Margaret Heil and was predeceased by her older brothers Richard and Donald. Jan is survived by her husband Banfield (Ban), Scott Banfield, Douglas Banfield, Beckie Capron & Thomas Dunn, Susan Capron Vitela & Paul Vitela, and two granddaughters Kirsten and Jessica Vitela. Jan will be buried in the family blot at Forest Home Cemetery in Milwaukee, Wisconsin. Memorial service to be held at Northwest Bible Church Saturday,10/01/2022 at 10:30 am. Memorial donations: Northwest Bible Church Missions, 8505 Douglas Avenue, Dallas, TX 75225 Fond memories and expressions of sympathy may be shared at www.neptunesociety.com/location/irving-tx for the Capron family.
See more See Less

In Memory Of Janice Renee Capron

Send flowers in the next 2 hours for guaranteed delivery.