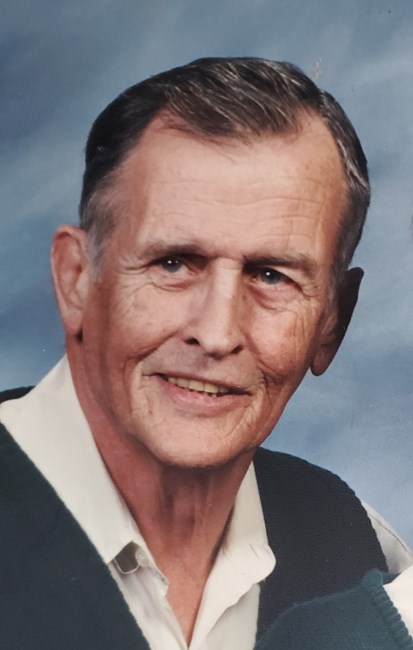 Richard “Dick” Jones, of Indianapolis, passed away Sunday, May 8, 2022. He was born the son of Theodore Jones and Marjorie (Bratton) Jones. Following his graduation from Arsenal Technical High School, Dick enlisted in the United States Army where he proudly served until 1954. Following his return to Indiana, Dick enrolled in, and graduated from, Indiana University Bloomington with a Bachelor of Science degree, focusing on his business interests. Dick spent his professional life working in the Insurance industry where he cultivated many lifelong friendships. Outside of work life, Dick enjoyed bowling, golf, and pool nights with ‘the boys’. Dick was a 32nd degree Mason and a member of the American Legion, United Service Organizations, Murat Shriners, Veterans of Foreign Wars, and Tech Alumni Association. Dick is survived by his sister, Carolyn Stafford; daughters, Catherine Beatrice and Christine Griffin (Michael); and grandchildren, Taylor McAfee Fox (Jereme), MacKenzie Beatrice, Eric Griffin, and Matthew Griffin; and longtime friend, Elizabeth Adkins. Dick was preceded in death by his parents, Ted and Marge Jones, wife Wally Jo (Herring), grandson Aaron McAfee, and best ‘fur’ friend Sam. No public service will be held. Friends are encouraged to consider a memorial contribution to the charity of their choosing. Fond memories and expressions of sympathy may be shared at www.neptunesociety.com/location/indianapolis-cremation for the Jones family.
See more See Less

In Memory Of Richard Edward Jones