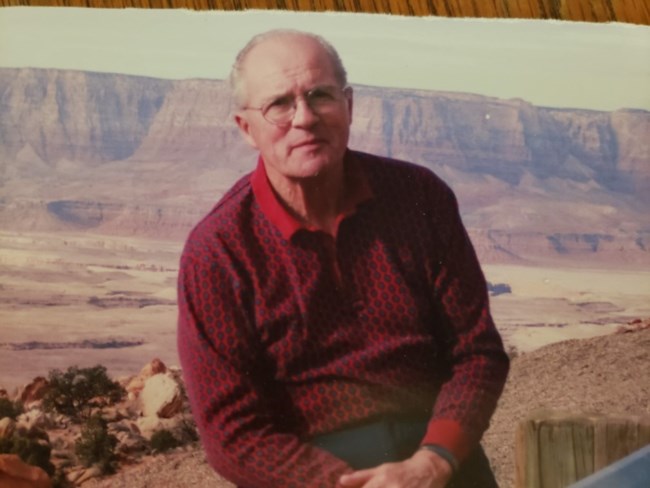 Richard John (Jack) Hellman 91, passed away in his home, in Montgomery, Texas November 20, 2022. He was born in Erie, Pennsylvania August 31, 1931. He was a devout Christian with The Church of Jesus Christ of Latter-Day Saints for the last 54 years of his life. He worked earnestly and honestly as a businessman for Electro~Nite until he retired at 70 years of age. The company took him many places across the U.S. and Canada. He loved to travel. One of his bucket list items was to visit all 50 states, which he did. Many times with family, sometimes alone, but travel he did. He never met a stranger; anywhere. He also visited many LDS Temples across the US. He loved the Temple. He usually visited Chicago Temple monthly while living in Valparaiso, Indiana and Houston Temple while residing in Montgomery, Texas. Jack also found a love for golf and spent many a Saturday on the golf course. Whether he golfed alone or with a team, he loved the sport. He called it his exercise. He ran the course, clubs on his back into his 80’s before he started taking a golf cart. Jack served a mission with his wife Patricia, in Cibeque, Arizona. Pat and Jack taught a course on overcoming addictions while on their mission serving with the Native Americans in Arizona. Jack loved the Native Americans and their culture. While residing in Gowanda, New York, he was made an honorary Chief by the Iroquois Indians there. Jack loved God, his family his country and nature. He shared his appreciation of these things with his family. After his wife of nearly 62 years passed, he got re-married to Susan Kathleen Haymore Payne Hellman in Lehi, Utah on June 23, 2017. Jack was preceded in death by his parents, Leo Francis Hellman, and Elizabeth Verlie Newmyer, wife Patricia LaRue Shearer Hellman, brother Jack Everhart, sons Richard John Hellman & Gary Stephen Hellman. Richard J. Hellman is survived by his wife Susan Kathleen Hellman, Brenda Elizabeth Hellman Laughlin, son, Eric Joseph Hellman, daughter, Brigette Marie Hellman Cavanaugh and spouse, David Cavanaugh, son, David John Hellman, daughter Rebecca Ann Hellman Drummond and spouse, Kevin Drummond, and son, Amos James Hellman and spouse, Myca Hale, and sister, Carole Riesdorph. Jack Hellman is also survived by 14 grandchildren and 13 great-grandchildren. The Celebration of Life Service for Richard Hellman will be at The Church of Jesus Christ of Latter-Day Saints, 1516 Wilson Road, Conroe, Texas on December 9, 2022 at 6:00 p.m. Instead of flowers please donate to your favorite charity.
See more See Less

In Memory Of Richard Hellman