A MESSAGE FROM THE FAMILY

All flowers must be sent directly to the church. 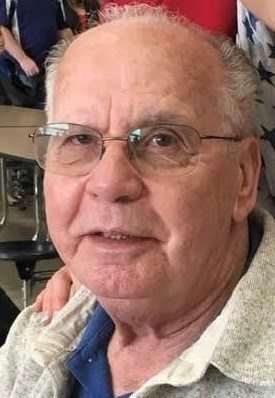 Howard Rex Starwalt of Spring, Texas passed away with his family by his side. He was born on November 28, 1935, in Charleston, Missouri to Ray and Mary Starwalt. He is preceded in death by his parents, and brothers Willard Starwalt, Paul Starwalt, Marion Starwalt, and Harold Starwalt. He is survived by his loving wife of 65 years, Shirley Starwalt of Spring, Texas; sons Kevin Starwalt of Tomball, Texas; Steven Starwalt of Seattle, Washington; Ronald Starwalt of DeSoto, Missouri; Richard Starwalt of St.Louis, Missouri; daughter Rebecca Koop of Spring, Texas; and sister Ann Schenwerk of Poplar Bluff, Missouri. He will be remembered by his seven grandchildren, eight great grandchildren and numerous nieces, nephews, family members, and friends. He graduated from Doniphan High School in Doniphan, Missouri in 1953. Upon graduation he traveled to St. Louis, Missouri and began his career at American Can Company. A year later he joined the Navy and sailed around the world. He met and married his loving bride of 65 years in New Bedford, Massachusetts. Upon leaving the Navy, he and Shirley returned to St. Louis, Missouri and Howard returned to the American Can Company. It is there that they began their married life together and started their family. Throughout their marriage they have made a home in St. Louis, Missouri; Dupo, Illinois; Medway, Massachusetts; San Antonio, Texas; Festus, Missouri; Stuart, Florida; and Spring,Texas. Upon his retirement after 48 years of service to the American Can Company, Howard and Shirley enjoyed their time by traveling the United States together in their RV. We will all miss his wit and humor. To honor Howard’s memory, we are holding a celebration of their life on October 20, 2022 at 4 pm at Cypress Creek Christian Church. Fond memories and expressions of sympathy may be shared at www.neptunesociety.com/location/houston-cremation for the STARWALT family.
See more See Less

In Memory Of Howard Rex Starwalt