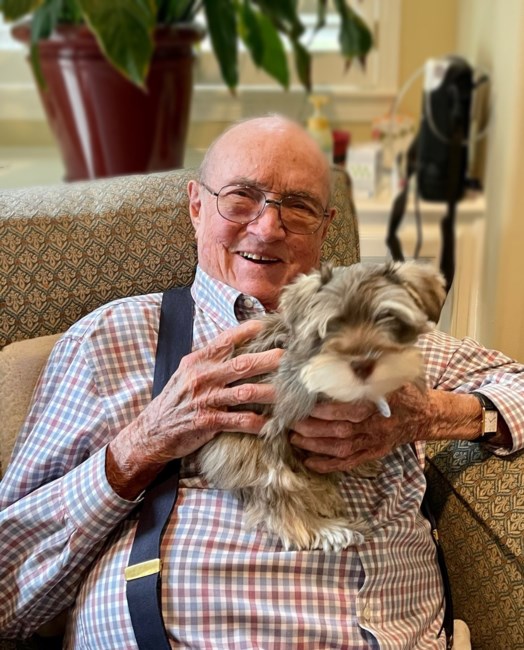 We are heartbroken to announce the death of our beloved father, Bruce Lawrence O’Brien, of The Woodlands, TX. The devoted husband and father passed away on November 14th, 2022 at the age of 87. Born October 7th, 1935, in Salem, Massachusetts he is preceded in death by his parents Franklin and Margaret O’Brien along with his two older brothers, Franklin and Barry O’Brien. Upon completion of his undergraduate degree at the University of Massachusetts Amherst, and graduate studies at Boston University in the field of economics, he took his talents to New York City where he started a career with Trans World Airlines in 1959. While at TWA, he met the love of his life who was also employed with TWA as a flight attendant. Within a year they were married, and the start of their incredible journey together would begin. Their special relationship and voyage spanned 57 years with their last anniversary occurring on November 13th. OBie as he is affectionately referred to by his family is survived by his wife, Mary Ellen O’Brien, and their two children, Mark (Genevieve) O’Brien, and Amy (Darius) Smith. OBie is also survived by his 6 grandchildren; Michael (Tara) Masiello, Robert Masiello, Matthew O’Brien, Maria O’Brien, Elizabeth Smith, Josephine Smith and 3 great grandchildren; McKenzie Masiello, Madison Masiello, and Morgan Masiello. His career in the airline business would span more than 40 years, and ultimately brought the two of them to Houston where they have spent the last 31 years together. Before relocating to Houston, they both spent time living in New York City, Midland Park, N.J., and Danbury, Ct. Along the way, OBie and Mary Ellen traveled the world and enjoyed everything and everyone who came into their lives. Their destinations are too numerous to mention here, but our father had the opportunity to touch every continent in the world. He was extremely well read and enjoyed talking about any topic including history, travel, politics, aviation, business, and anything else that came to mind. He especially enjoyed his sports including his beloved Boston Red Sox. He was easy to talk with and very approachable. Conversations with OBie made you think about a topic in a different way, and you came away from your conversation with a different appreciation and perspective. He particularly enjoyed the arts including theater and classical music that he and Mary Ellen would frequent in Houston. He couldn’t wait to hear about his grandchildren’s next accomplishments, and wouldn’t miss their many endeavors and celebrations. Once you met OBie you never forgot your encounter with our father and grandfather. He was a total joy to be with. We want to thank everyone who has reached out to us, and appreciate your affection and well wishes. At this time, Celebrations are being finalized, and we will make an announcement as soon as they are made. Condolences can be made here as well as to our mother at 2 Highland Green Pl, The Woodlands, TX 77381. Donations on his behalf can be made to the Montgomery County Animal Shelter-Conroe, TX. Fond memories and expressions of sympathy may be shared at www.neptunesociety.com/location/houston-cremation for the O'Brien family.
See more See Less

In Memory Of Bruce Lawrence O'Brien