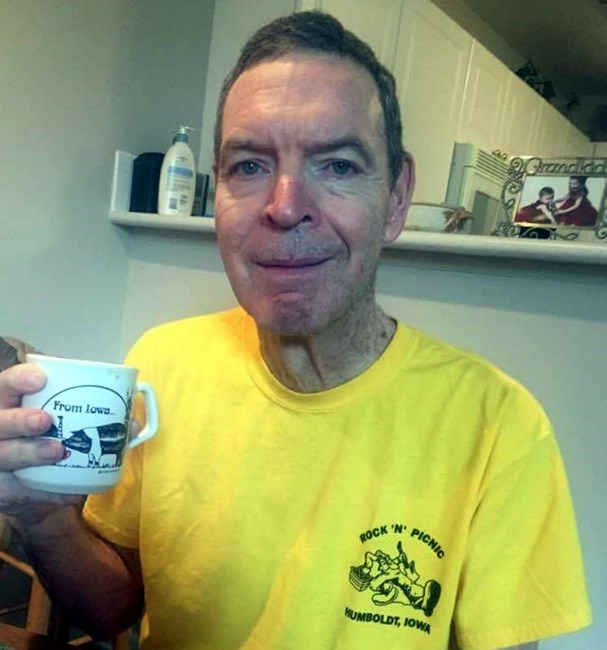 Rev. Jon Keith Sayers 1954-2021 Jon “Zeke” Sayers, Reynoldsburg, Ohio, died of a boating accident at the age of 66 on July 22, 2021. Jon was born October 12, 1954, at Fort Dodge, Iowa, to Keith and Marian (Trexel) Sayers. He grew up on a farm in Beaver Township, Humboldt County, Iowa, attended Beaver Township elementary school, and graduated from Humboldt High School in 1973. During high school, he got the nickname “Zeke,” which followed him the rest of his life. Following high school, Jon attended Iowa Central Community College, Iowa State University (B.S. Public Service and Administration), University of Tennessee (MSW), and Methodist Theological School in Ohio (MDiv). During seminary, he and his brother cleaned chimneys as the “Soot-Sayers Chimney Sweeps.” After seminary, he was ordained in Iowa, and then transferred to the West Ohio Conference of the United Methodist Church. His church appointments were West Park – 1984; Oakwood Park – 1994; Glenwood – 1998; Incapacity leave – 2003. As a pastor, he served with love and compassion. Many especially remember his humor, story-telling and hospitality. Although he lived with the challenge of multiple sclerosis for many years, Jon did not let the disease define him. Rather, he continued his life with joy, action and enthusiasm - doing what he could, the best he could. After his leave from full time ministry, he continued his service to others by officiating at weddings and funerals, filling the pulpit for pastors on vacation, and doing ventriloquism at local churches and senior centers. He loved his family, including his daughters, granddaughters, nieces and nephew, siblings and parents. He enjoyed jet skiing on area lakes, coming back to Humboldt, Iowa for the annual Rock ‘N’ Picnic musical event, and spending time with his grandchildren and friends. Jon’s joy was connecting to people – including talking about WWE (World Wrestling Entertainment), singing karaoke, performing with his puppet Erin for granddaughters, and taking selfies with old friends at church. Jon was preceded in death by his parents Keith and Marian Sayers. He is survived by daughters Michelle (Brian) Adair, Dublin, Ohio, and granddaughters Abigail and Sophia; and Christina Belenky, Shaker Heights, Ohio, and granddaughters Neve and Monroe. Also, siblings Jacki Lerdal and Jim Sayers, both of Humboldt, Iowa; and nieces and nephew who were always special to him. A celebration of life and memorial service will be held Thursday, August 5, 2021, 6 p.m., at Walnut Hill United Methodist Church, 975 Rathmell Road, Columbus, Ohio 43207. There will be visitation with the family from 3 p.m. until the service begins. The service will be livestreamed at https://facebook.com/events/s/rev-jon-sayers-memorial-servic/135279875337175/
See more See Less

In Memory Of Jon Sayers