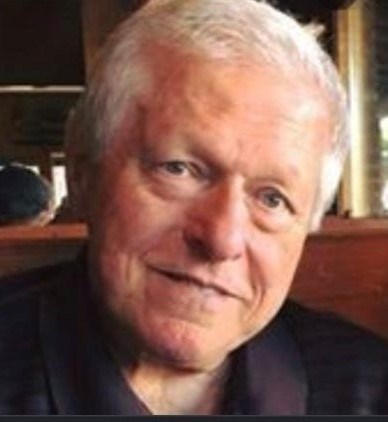 Our beloved father, husband, and friend, Jack Gulick, passed away on the 16th of November, after a courageous battle against several illness over the past several years. Jack passed peacefully at St. Charles hospital in Bend, Oregon surrounded by his many loved ones. Jack was born in Portland, OR on May 13th, 1945, to parents Willora (Nelson) and Joseph Kassebaum. After his father’s death in the Pacific Theater in WWII, Jack’s mom remarried George Gulick and they started a new adventure together building a new family with his brother and sister, Frances (Randall) and Jim Gulick (Deceased). After graduating High School in 1963, and always a bit restless, Jack went off to college at University of Oregon, but due to illness had to disenroll. Being the courageous man he was, he then joined the USMC in January 1966, and served as an avionics technician until his Honorable discharge in November of 1971. During that time, Jack married M. Elizabeth Allen in 1966, and the two brought into the world Jack’s first son, Stephen in 1967. Jack remarried in 1975 to Laura (Roney) Gulick and continued his family with the births of his next two sons, Mark (1976) and Christopher (1978). Laura and Jack enjoyed an amazing life together for 47 years! They created many wonderful memories in various locations: Los Angeles, CA; Redding, CA; Chicago, IL; Fairfield, CA; Chico, CA, and most recently Sisters, OR. Jack is survived by his wife Laura; three sons Stephen, Mark, and Chris; six grandchildren: Katie, Zack, Austin, Faith, Joe, and Vivian; and one great grandchild, Sophie; along with his sister Frances and her Husband Randy and their daughter Adrienne; along with Jack’s sister-in-law Jane and her three boys Adam, Andrew, and Anthony. Following his military service Jack led a successful professional life using his generous and friendly nature to successfully manage sales teams across the Unites States for Cannon Office Automation and Panasonic Office Systems, until finally retiring from his career as Regional Sales Manager for NEC Office Systems. Jack loved the outdoors, and spent countless days camping, hunting, fishing, and numerous activities with his family, including many trips with his close friend and brother-in-law, Randy Randall. Many grand (and hilarious) stories begin with, “One time when I was with Randy…”. Jack also enjoyed a host of other hobbies, including flying as a private pilot, wood working, and many different sports such as golf, tennis, and racket ball. Following Jack’s cremation, the family is planning to have a small private ceremony after the New Year; adhering to Jack’s desire to have his ashes spread in the wilderness. In leu of flowers, the family requests you make a charitable donation to the National Park Foundation, or your favorite Wildlife organization.
See more See Less

In Memory Of Jack A Gulick