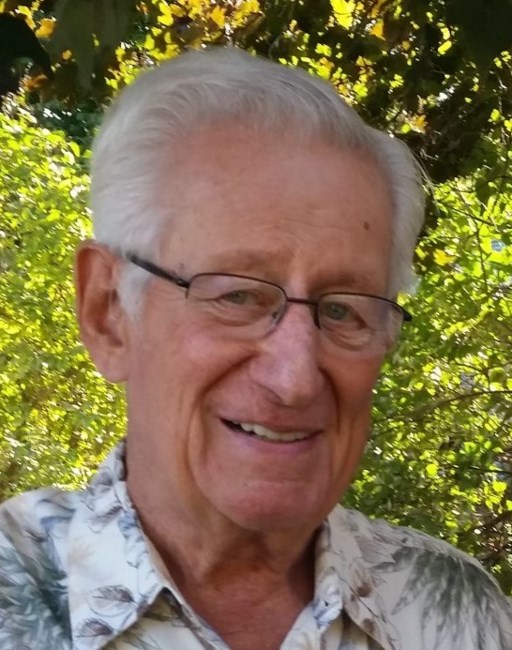 In Loving Memory Marvin "Marv" Fred Meschke, age 88 of Excelsior, MN formerly of Bloomington and Rogers, MN, passed away peacefully on September 12, 2022, surrounded by his family and friends after a short illness. Marv is preceded in death by his wife, Thérèse Renee "Renee", to whom he was married to for 60 years; his parents, Marie and Fred Meschke; as well as numerous aunts, uncles, and cousins. He is survived by his sons, Wayne Meschke, Paul Meschke (Linda); six grandchildren, Natalie, Nicole, Nathan, Nina, Nolan, Jake; five great-grandchildren, Ryland, Remy, Rosie, Phoebe, Milo. Born on August 15, 1934, in Owatonna, Minnesota, he grew up in his early years in Waltham, MN, and later in Owatonna, MN. Marv was educated at Owatonna High School and Minnesota State University, Mankato. He graduated from Mankato State University with a B.S. in Business/Minor in Economics. Before his marriage and raising his family, Marv was an Army reservist. Following his military service, Marv worked at the JCPenney Regional Headquarters in Minneapolis as a manager where he met his future wife, Renee. Marv enjoyed a successful career in finance, including Control Data Corporation, Dayton Hudson Corporation, Pillsbury headquarters in Minneapolis and lastly before retirement as a Chief Financial Officer for a mining equipment manufacturing company. Marv was always active in giving back to his community and profession, including being the Minneapolis chapter president of the former National Association of Accountants and as a founding member of St. Edwards Catholic Church in Bloomington, MN. Marv had a great commitment as a husband to his loving wife, Renee, and as a father to his two sons. He was always steady, consistent, and even tempered with his personality and had an unwavering loyalty to his family. Marv had strong ethics and morals in business and with everything he approached in life. He enjoyed fishing and boating during cabin life at Bowstring Lake, MN along with cross-country skiing with Renee. He enjoyed traveling with work to numerous countries in Europe and Africa, as well as many vacations with Renee to Hawaii, Australia, Italy, Mexico, and many Caribbean countries. Marv was an accomplished bridge player, a passion that both he and Renee enjoyed with numerous couples’ bridge clubs. His final hours were spent peacefully surrounded by his two sons, family, and friends. We will forever love and miss you. Until we meet again, Rest in Peace. Mass of Christian Burial Thursday, October 13, 2022, at 11am at St. John the Baptist Catholic Parish, 680 Mill Street, Excelsior, MN 55331. A visitation will be held prior to mass. Attendees should review the St. John the Baptist Catholic Parish website for additional information. A private interment at Fort Snelling National Cemetery will be held later. A special “Thank You” to his dear friend, Jody Barton, and the amazing residents at The Waters of Excelsior, where Marv made many special friendships. A “Thank you” as well to The Waters staff and North Memorial Hospice who cared for Marv around the clock in his final days. In lieu of flowers, memorials preferred to Catholic Charities of St. Paul and Minneapolis, where Marv and Renee would frequently donate their time in retirement as volunteers to children’s causes.
See more See Less

In Memory Of Marvin F Meschke

Visitation with family prior to the service. Attendees should review the St. John the Baptist Catholic Parish website for additional information.