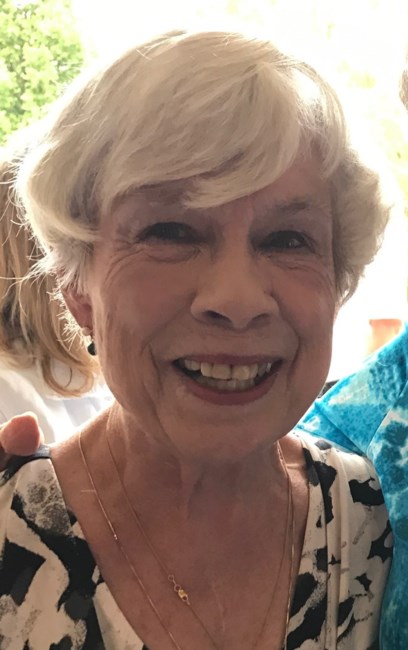 Joan B. Golding (83) passed away on September 18, 2022. She was born in Orange, New Jersey in 1939, the eldest of two children to Lois E. and Victor K. Bonardel. Joan grew up on Oakley Avenue in Summit, New Jersey. There she met her future husband in the 4th Grade, who lived on the same street. After graduating in 1957 from Summit High School with honors, Joan attended Elmira College, Elmira, New York. In 1959, while working for the Summit Trust Company, she married the love of her life, Dick Golding, and started a beautiful family of four children. Joan was a wonderful mother and homemaker. Joan, Dick, and the family moved to Minnesota in 1974. A few years after moving to Minnesota, Joan went to work as an office manager for several small companies in Minneapolis, Minnesota. In 1990, she and Dick moved to Long Beach, Indiana, where as a lover of animals, Joan actively volunteered for the Michigan City Humane Society. She was also a member of the Service League of Michigan City, Indiana. In 1996, Joan and Dick retired to their home on Johnson Lake in Webster, Wisconsin, and in 1999, purchased a home in Sun Lakes, Arizona. While in Wisconsin, Joan was a founder and longtime Secretary of Johnson Lake Property Owners’ Association and treasurer of Burnett County Lakes and Rivers Association. She was a member of the Yellow Lake Lutheran Church in Danbury, Wisconsin. In 2009, Joan and Dick moved permanently to Arizona. In her years in Arizona, Joan made many friends and enjoyed the warm weather. She was a member of the Philanthropical Education Organization and was an active member of the Sun Lakes Anglican Church of Reconciliation, and subsequently, of the Sun Lakes Lutheran Church. In 2021, Joan and Dick moved back to Minnesota, settling in Stillwater. Joan loved raising her family, cooking, entertaining, traveling on cruise ships, ballroom dancing, wildlife, swimming, and dogs and cats. She was a truly compassionate person who always put others before herself. She was a loving wife, mother, grandmother, and great-grandmother, and was deeply loved by her family and friends. Words cannot express how much we will miss her. Joan is survived by her husband, Dick of 63 years; daughters, Nancy Dennehy and Connie Quarnstrom (John); son, Tex Golding; grandchildren, Jessica Wasmund (33), Alysson Jackson (31) (Blane), Peter Quarnstrom (26), Michael Dennehy (25), Mary Quarnstrom (24), Eamon Dennehy (22), Madison Golding (22); great-grandchildren, Connor Wasmund (9), Lincoln Wasmund (6), Kennedy Jackson (1). Joan was preceded in death by her parents; sister, Nancy Paul; son, Kenneth Golding; son-in-law, Dan Dennehy. A private memorial service for the family will be held at a future date. The family does not request donations, but if you want to donate to a charity, Joan wished for you to direct donations to Best Friend’s Animal Society in Kanab, Utah or Lakeview Homecare & Hospice, Oak Park Heights, Minnesota.
See more See Less

In Memory Of Joan Bonardel Golding