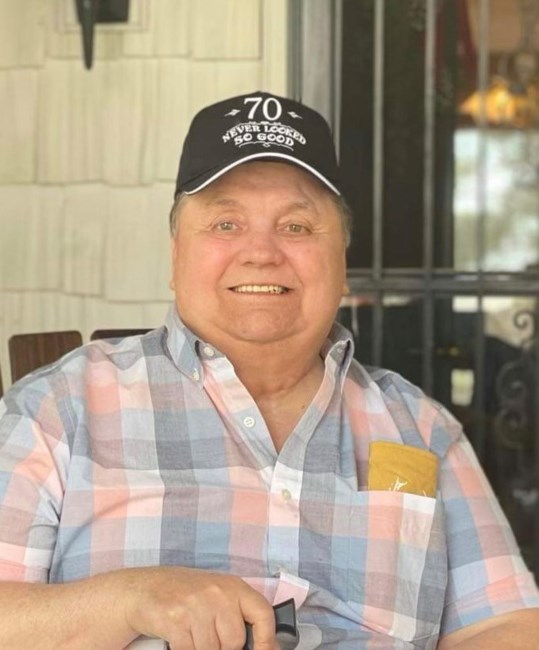 Alan D. Johnson of Hastings, MN passed away on Thursday, September 15, 2022 at the age of 71 at United Hospital in St. Paul, MN. He was born on March 15, 1951 in Worthington, MN to Curtis (Tootie) and Winifred (Nan) (Chepa) Johnson and grew up in Dundee, MN on the family farm. He attended school in Fulda, MN and was confirmed at the First Lutheran Church in Dundee, MN. Alan was united in marriage on July 6, 1974 to Bonnie Olson at Trinity Lutheran Church in Montevideo, MN. In addition to helping with chores on the family farm, Alan started his work life early on working as a Heavy Equipment Operator at Scheppman Construction for many years prior to moving to NJ where he worked at Kimberly-Clark. After moving back to MN he worked various construction jobs prior to starting his truck driving career starting with Knutson Services and ending with Garvey Construction. In December of 2006 Alan had a fall and suffered a Traumatic Brain Injury and had to retire from any driving jobs. Alan loved to go fishing, both summer and winter; hunting for deer, pheasants, and waterfowl. It's not every man's idea of taking his wife hunting every fall for deer, but he loved his wife with all his heart and enjoyed sharing these moments with her too. He took pride in teaching his daughters to hunt and taking after him in that sport. He was so proud of his boat and took it out as often as he could before it got too hard to get in and out. For most of his married life, there was some kind of camping he enjoyed, from tents to travel trailers. He also loved going on resort vacations and spending time with family and friends. He especially loved spending time with his kids and grandchildren. He so enjoyed watching his grandsons play baseball and taking them fishing when they were younger. He loved watching his granddaughters play Tball and practice their archery skills. He was so very proud of all of them and loved them with all of his heart. Alan is survived by Wife, Bonnie of Hastings, MN; Daughter, Andrea (Tom) Linkert of Rosemount, MN; Daughter, Jessica (Adam) Rothstein of Farmington, MN; Grandsons, Ryan Linkert and Alex Linkert of Rosemount, MN and Granddaughters, Bria Rothstein, Kylie Rothstein and Huntley Rothstein of Farmington, MN. He is also survived by his Mother, Nan Johnson of Dundee, MN; Sister, Linda (Jim) Pederson of Westbrook, MN; Brother, Dean of Paris, TX; Sister, Bonnie (Bill) Patterson of Westbrook, MN; Brother, Doran (Teresa Mollema) of Dundee, MN; Sister-in-law, Sandy Killian of Farmington, MN and many nieces, nephews and cousins. Alan is preceded in death by his Grandparents, Father – Lloyd Curtis (Tootie) Johnson, Brother – Larry Johnson, Sister-in-law – Barbara Johnson, Father-in law – Ervin Olson, Mother-in-law – Ardis Olson, Brother-in-law, Gary Olson and Nephew – David Peterson The family would like to thank the Nurses at United Hospital on both 3rd floor ICU and 4th floor ICU for the care and compassion they showed Alan in his final weeks. Family and friends are invited to attend a Celebration of Life at Rosemount VFW Post 9433, 2625 120th Street West, Rosemount, MN on Friday, October 7, 2022 at 4:00 – 7:00 pm. Visitation with the family will begin at 3:00 pm. Interment will take place at a later date. Fond memories and expressions of sympathy may be shared at www.neptunesociety.com/location/minneapolis-cremation for the Johnson family.
See more See Less

In Memory Of Alan Douglas Johnson