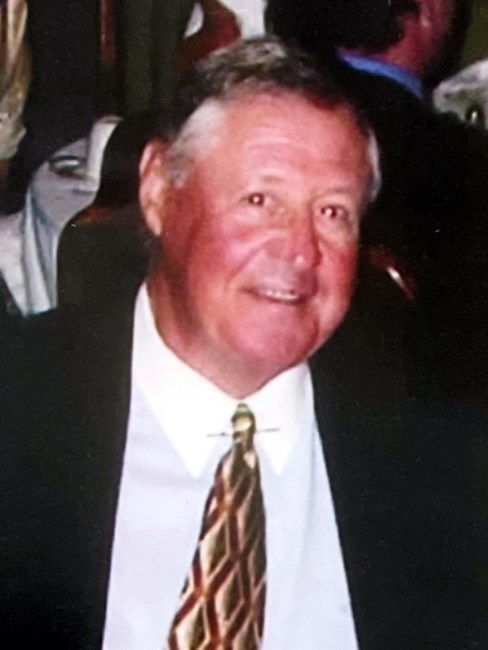 Karl Arno Michael Lehmann, 84, of Bonita Springs passed away Tuesday, November 15, 2022 at his home, surrounded by his loving family. He was born March 14, 1938 in White Plains, N.Y. to Arno and Katerina (Kaess) Lehmann. A standout athlete who excelled at basketball and baseball, he graduated from Archbishop Stepinac High School (1956, White Plains, N.Y.) and then Cornell University’s prestigious Hotel & Restaurant Management School (1960), where he played varsity baseball and was a member of the Sigma Chi fraternity. He was the proud proprietor and owner of his family’s German Bavarian Restaurant, Maxl’s Rathskeller, which was a landmark location in Westchester County N.Y. for over 55+ years and was founded by his great uncle and father in 1931 in New York City. He is survived by his adoring wife of 56 years, June Donovan Lehmann, his three children Kristen (Bonita Springs, Fla), Michael (Lauren Lehmann, Rye, N.Y.) and Scott (Kristen B. Lehmann, Holly Springs, N.C.) - five beautiful grandchildren (Ryan, Casey, Avery, Donovan, Keira) that he was so proud of, the California Markhams, his nephew Karl Lehmann (Ann Marie, Somers, N.Y) and numerous cousins. He is predeceased by both of his parents and his older brother Louis ‘Lou’ Lehmann. He had a lifelong passion for cooking and entertaining for friends and family, coaching his son’s little league teams when they were younger and being a restauranteur. He was a longtime member of Westchester Country Club, loved playing at the world’s most notable golf courses, traveling and being at the beach. He enjoyed sipping a fine scotch, smoking a cigar, having a cold beer and was an avid supporter of the N.Y. Giants and Yankees. He also loved playing cards with his golf club buddies, playing dominos with his daughter and having a nice port to end a fantastic dinner. Per his final wishes, he will be cremated and celebrated by family in a private ceremony at a later date. In lieu of flowers, please feel free to donate to your local soup kitchen or favorite charity in his name. Final arrangements have been entrusted to Neptune Society, Fort Myers.
See more See Less

In Memory Of Karl Arno Lehmann