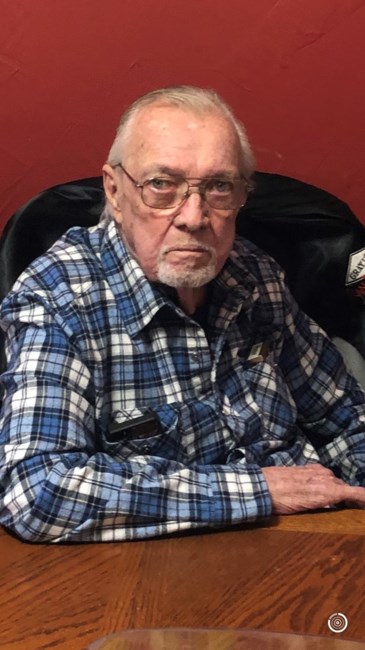 Celebration of Life for Raymond William Harrington, age 82, of Muenster will be held at 10:00 AM on Saturday, July 30, 2022 at Scott Funeral Home in Muenster. Mr. Harrington passed away on Wednesday, June 29, 2022. Ray was born on May 23, 1940 in Saratoga Springs, New York to Roy Almond and Stella May (Richardson) Harrington. He joined the Army when he was 17, working the motor pool. He went on many maneuvers while he was stationed in Germany. There, he met Ursula Kathe Schneider. The two were married on August 19, 1959. Ray did his 3 years of service with the Army and was then honorably discharged from service. A year later, he went into the Airforce where he was a Military Cop. He was stationed many different places, his family in tow. Ray loved his younger years driving fast cars. He always enjoyed doing all of the yard work. He always loved a well-manicured yard. When he wasn’t doing that, he was either golfing or running his girls around. Ray all his life had dogs, but in his later years, he had cats as well. His last cat, Abby, was his best buddy. She would sit on the armrest of his chair and slept in his bed, which had always been a no no. Ray and his 3 grandsons had a close relationship. They loved to call him “crazy old man”. The four of them picked on each other all the time. If they didn’t, you’d know something was wrong because that was just their way. Ray loved the VFW. He had since his daughters were small. He is survived by his daughters: Debby Walker of Forestburg, and Diane Harrington of San Antonio; grandchildren: Jon and wife Stacy Forshee of Muenster, Clay Forshee of Gainesville, and Travis and wife Kristen Forshee of Denton; 7 great grandchildren; sisters: Rose Hudson of Galway, NY, and Monica and husband Ron Becker of Queensbury, NY; brother: Harold Harrington of New York; and numerous nieces and nephews. He was preceded in death by his parents: Roy and Stella Harrington; and sister: Stella Harrington. In lieu of flowers, the family requests that memorials be made to Cooke County Home Hospice.
See more See Less

In Memory Of Raymond William Harrington