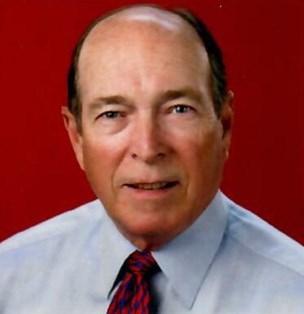 L. Dean Maurer, husband, father, grandfather and friend to many, was called to the arms of God on June 30, 2022. He was 82. He was renowned for his humor, his cooking prowess, a passion for golfing, dedication to his wife Beverly and, most of all, his generosity. If he had his way, he’d have guests at his table every night. His introverted and beloved wife managed to keep it down to a couple times a week. When he saw a need, he found a way to discreetly fulfill that need, never calling attention to himself. Dean was born November 1, 1939, in Fort Smith, AR, to parents Rev. John Dean and Virginia Maurer. His father, an Episcopal priest, chose the ministry path of growing mission churches. So his family moved about every six or seven years to smaller, underserved communities. Dean spent his early years in Tallulah, LA, and later Crowley, LA, where he developed his lifelong love of everything Cajun, especially food. The only pepper that ever gave him pause was the ghost pepper (its fumes would lay most people low). After graduating from Kaufman High School and earning a BS at East Texas State, he had planned to attend the University of Oklahoma, where he had been accepted in their school of law. But the Vietnam War was heating up, and Dean was A1 in the military draft. He shopped the various branches of service and chose the Air Force. In high school, a friend took him up in a plane and allowed him to take the controls. He loved it but had never considered making it a career. In fact, he was more motivated by the pilots’ pays being higher than most other military positions ($125/month — a big deal in 1964). Once he attended flight school in Laredo, Texas, however, a love of flying clicked into place, becoming his life-long passion. He finished in the top tier of his class, giving him access to flying the F4, the first-class fighter jet at the time. He spent two tours in the Air Force, which included Vietnam and Alconbury Air Force base in the UK. He completed his service obligation in 1970 and having been shot at enough times, hung up his flight suit. He graduated from the University of Texas with an MBA and thought selling airplanes would become his career. But the flying bug finally put him back in the cockpit of corporate jets. When he retired at age 69, he had logged thousands of miles and landed in every country with the exception of China, Japan and other South China Sea countries. It was in England that he developed his love of golf. Through the years he pursued various hobbies including running, classical guitar, beekeeping, fishing, shooting and cooking, but the only two that persisted were golf and cooking. What started as loving his mother’s cooking, developed into everyone’s amazement at his ability and the love of everything he created. Although his goal of scoring his age in golf was never accomplished, he fully enjoyed the game and the many friends he made in the process. Dean was active in the Episcopal, then Angelical church his entire life. He began as an acolyte in his youth and as an adult served in the Vestry and many volunteer service projects. He was an active member of the Brotherhood of the Saint Andrew and the men’s Bible study. Survivors: Wife Beverly, daughter Kate Imber (Joe), stepdaughters Rebecca Albers, Summer Wenzel and Carol Miller, granddaughter Margaret Imber, brother Dr. Robert Maurer, sister Anna McDaniel (Johnnie) In lieu of flowers, Dean would prefer that you make a donation to either your favorite charity or the Youth Ministry at St. Peter and St. Paul Anglican Church, Arlington, Texas. The liturgy of Christian Burial will be on July 16, 2022 at 1:00pm at St. Peter and St. Paul Anglican church, 3900 Morris Lane, Arlington, Texas 76016. There will be a reception following the service.
See more See Less

In Memory Of Linn Dean Maurer