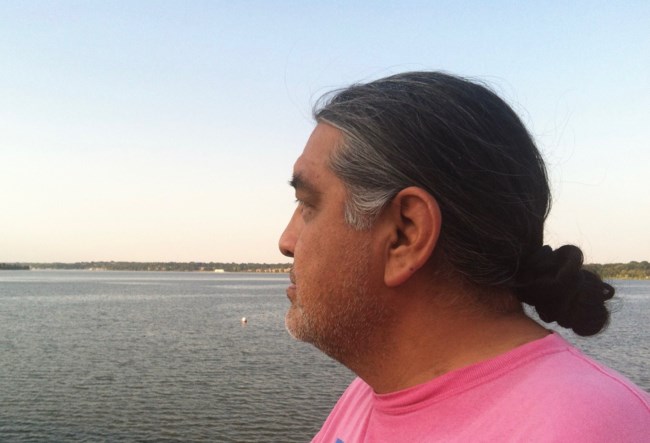 A South Garland High School Graduate, Gerald served four years in the USAF at Nellis AFB watching over Area 51 as a Radar Technician. In his teens he exhibited exceptional skills as a Soccer Player, serving him well later in life as a Coach. Known as a heavy home run hitter, he loved being a Ballplayer. He held a B.A. in Biological Science earned at the University of North Texas, Denton. Participation in the Indians into Medicine (INMED) program at UTMB Health - University of Texas Medical Branch at Galveston led to work as Presbyterian Hospital Scribe (Dallas), then as an ER Technician at Baylor University Medical Center (Dallas). Crazy smart? A Braniac. He developed a career as a Professional Science Educator, with a special love for Chemistry, teaching in the Dallas Independent School District. Devoted this last decade to his position in the Physical Science Lab Tutorial, Tarrant County College South Campus, he took pride in helping his students and enjoyed his colleagues (who, in fun, well embraced his sense of humour, often being pranked). Following collaborative work in 2016, he was able to present at the American Indian Science & Engineering Society’s National Conference. The University of Texas at Arlington’s Native American Student Association, their annual pow-wow and outreach, has been of keen focus over the years. A member of Fort Worth Friends Meeting, Gerald often gave of himself, served as a volunteer, loved animals and all of creation. Self taught, he picked up the guitar whenever he found a chance. He held his family close to heart. Gerald was preceded in death by his mother Doris (Choctaw/ Cherokee). In Fallon, NV, an enrolled Te-Moak Tribe Western Shoshone, he leaves behind his father Gerald, his sister Dora Faye, his Aunts Carolyn and Katherine, his Uncle Basil with spouse Valerie, and many loving cousins. In Tennessee, Idaho, Florida, Arizona and Alaska, family and extended family as well. In Grand Prairie, TX, his Sweety Danielle and their four furbabies. (In lieu of flowers, please see donation links below)
See more See Less

In Memory Of Gerald Jimmy Jr.