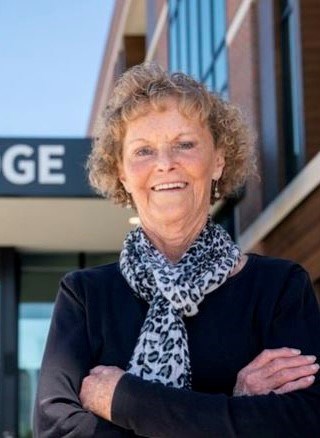 Rose Ann (Werger) Riley, 78, of Lawton, OK, passed away May 19, 2022 after a brave 15-year battle with breast cancer. She never gave up and never got down. Rose Ann fought this monster with a smile on her face every day. She was born July 31, 1943 in De Queen, Arkansas to parents Leslie Harvey “L.H.” and Ruby Faye (Pennington) Werger. The family moved from De Queen, AR to Geronimo, OK in 1950 and were members of the Geronimo Baptist Church. Rose Ann graduated from Geronimo High School in 1961. She went on to graduate from Cameron Junior College, where she was a member of the Aggiette drill team and marched in the Junior Rose Bowl Parade in Pasedena, CA. Rose Ann married Terry Glenn Riley, of Lawton, on June 1, 1963 in Geronimo, OK. Rose Ann retired from the banking business after 30 plus years. She then moved to Las Vegas where she became a flight attendant for Omni Air International and spent a number of years traveling the world transporting U.S. troops from station to station. Rose Ann spent her last days supported by her best friend of 53 years, Colleen Holcomb of Elgin, OK and her dear son, Brent Beeson of Lawton. Rose Ann was preceded in death by her parents. She is survived by her daughter, Judith “Judy” Finley of McKinney, TX; grandsons, Frederick “Fred” Finley of Yukon, OK and William “Bill” Finley of Bozeman, MT; siblings: Jerry Werger of Hydro, OK, Frances Westmoreland of New Braunfels, TX, Barbara “Bobbie” Teckenburg and husband Dan of Citrus Springs, FL and Mike Werger and wife Janette of Geronimo, OK; and many other family members and friends. Rose Ann will be dearly missed by many extended family and friends that have been such a special support system throughout her life and especially during her cancer fight; including, nieces Natalie (Spence) Smith and Kim (Mallow) Field. A special thanks to Kim Field and Kevin Anderson of McKinney, TX for welcoming her with love and laughter into their home time and again while she sought cancer treatments in Dallas. In lieu of flowers and cards please consider making a donation in her name to the Gene and Jerry Jones Family Hope Lodge in Dallas, TX. Online: Cancer.org/HopeLodgeDallas or you can make checks payable to American Cancer Society Gene and Jerry Jones Family Hope Lodge and mail directly to 210 N Hall Street, Dallas, TX 75226. A celebration of life will be held at a later date.
See more See Less

In Memory Of Rose Ann Riley