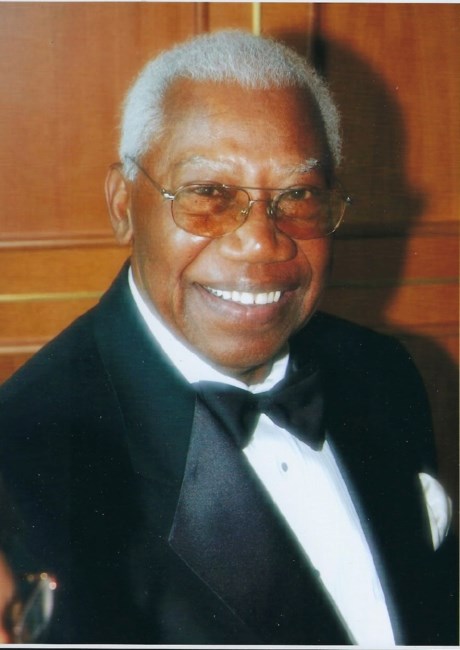 It was 96 years ago, September 28, 1925 that Carl Edward Smith was born and the world would never be the same. He was born in Durham, NC the son of the late Walter William Smith, Sr. and Elizabeth Smith. He transitioned from Labor to Reward on July 1, 2022, at Lombard Place Assisted Living and Memory Care Facility in Lombard, Illinois. Carl’s life passion was community service. Before Carl joined the United States Navy in Dec, 1943, he worked at Philadelphia US Post Office with his brother Walter. He served in the Navy for 2 years, and was stationed at Adak Island, Alaska, and received an honorable discharge in March, 1946. On his return to the Philadelphia area, he used the GI Bill to complete his Gen Ed requirements at the HCBU Lincoln University with the intent to pursue a Science Degree at another university. He was not able to attend a US university due to segregation laws. He, his brother (Walter), and two close friends decided to attend University of Ottawa, Ontario, Canada. He graduated from University of Ottawa, with BS in Chemistry, in 1952. He started working for a small chemical company in Delaware that was later acquired by Amoco. He was married to Harriet Marie Church in 1954 and together they had 4 children (Carl Jr., David, Steven, and Phillip). After their divorce in 1967 he married Barbara Dolphin Wells in Philadelphia. Amoco relocated Carl and Barbara to Lombard, IL in 1970. The DuPage NAACP chapter was active in supporting the Smith Family in obtaining fair housing in Lombard, a suburb of Chicago. Carl was active in community organizations including NAACP, Lions Club, Links, and Kappa Alpha Psi Fraternity, Inc. - Maywood-Wheaton Alumni Chapter. Carl was a founding member of DuPage African Methodist Episcopal Church, the largest AME Church in the Midwest. DuPage AME Church provides a church home for a membership that now exceeds 2,500 members and various ministries. He sang faithfully over the years in the A Cappella Ensemble and Chancel Choir and was a member of the Trustee Board. Carl was also an avid golfer and created many lifelong friends while on the links. Carl is preceded in death by his parents, Walter William Smith, Sr. and Elizabeth Smith, his brother Walter Jr. Carl was married to the late Barbara Smith for 51 years and raised 5 sons, Carl Smith, Jr. (late Arlene), Cameron Wells; David Smith (Sylvia), Steven Smith, and Phillip Smith (Quiera). They were blessed with 3 grandsons, Michael, Matthew, and Malik. Carl leaves a host of extended family members, Kappa fraternity brothers, Lions, NAACP colleagues and friends. All will cherish Carl’s memory and celebrate his life.
See more See Less

In Memory Of Carl E Smith