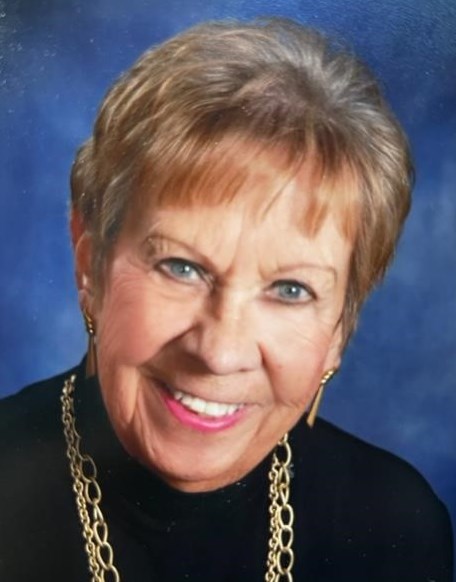 Bertha (Jones) Peterson, 90, of Oak Park, died on Nov. 12, 2022. Raised in Wilmette, she attended New Trier Township High School, then graduated from Miami of Ohio with a bachelor’s degree in Psychology. She married Walter Peterson in 1954 in Wilmette. They lived in downtown Chicago and enjoyed visiting jazz venues, eventually moving to Oak Park where they raised their two daughters, Wendy and Lynn. Bertha worked for Oak Park Elementary School District 97 for 10 years as an administrative technical assistant in the Department of Special Education. At the age of 44, she went back to college to get her master’s degree in Clinical Psychology at Roosevelt University in Chicago, then worked as a school psychologist for Naperville School District 203 for 23 years, retiring at the age of 70. While working, she volunteered at the West Suburban Hospital Gift Shop for seven years. The couple enjoyed hosting social events and were well known for their annual New Year’s Day celebration. They enjoyed dancing and traveling with friends and family. After Walter’s death, Bertha travelled in the United States, Mexico and Europe. She was an avid bridge player, attended daily exercise classes (many of which were taught by her daughter Lynn), and loved attending the big band concerts at Fitzgerald’s Night Club. Her grandchildren and great grandchildren were great delights and she made it a habit to spend special time with each of them. Bertha is survived by her daughters, Wendy Donaghue (Kevin) and Lynn Purl (Jim); four granddaughters, Lindsey Purl [Mike Rutten], Kelly Reynolds [Troy], Jamie Konrad [John], and Meghan Donaghue; two grandsons, Shaun Donaghue (Kim), Corey Donaghue (Delia); and five great-grandchildren, Jack Donaghue, Harper Rutten, Theodore Donaghue, Owen Reynolds, and Brigit Rutten. A memorial service will be held at 11 a.m. on Saturday, Nov. 26, at First Baptist Church of Oak Park, where she was a member for over 60 years, and served on the board of trustees. In lieu of flowers, memorials can be directed to First Baptist Church of Oak Park, 820 Ontario St., Oak Park, IL 60302.
See more See Less

In Memory Of Bertha Jones Peterson