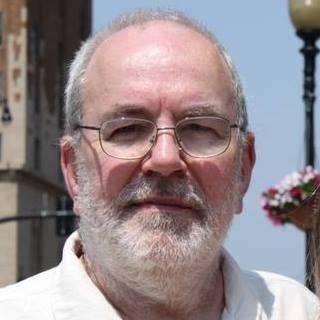 Monday, July 25th, 2022, William (Bill) F. Lindemann, 78, passed away at his home in Moundville, Al. Bill was born in Brooklyn, NY, in 1943 and grew up in Syosset, NY. He was a 1961 graduate from Syosset High School, after graduation he married his high school sweetheart, Sandy Christiano and enlisted in the Air Force. Bill was stationed first in Japan and then England, while overseas he welcomed his three children, William, Tracy and Laura. He spent 8 years in the Air Force serving with the USAF security service. Once returning stateside, he settled in Tuscaloosa, Al and graduated from the University of Alabama. He worked several jobs in Tuscaloosa before owning and operating the Dairy Queen in Northport Al. After selling the restaurant, he settled in Boca Raton, Fl, and worked at the Boca Raton News for over 15 years, working in circulation, the graphics department and delivering over 1300 newspapers daily. Upon returning to Tuscaloosa, he worked at the Tuscaloosa News, and cared for his ailing Mother. After her death, he retired and moved to Champaign, IL, lived with his son, William and daughter in-law, Ruth to help care for Ruth's ailing mother and his two grandsons, he also worked part time, with his son, at IPAT, in Savoy, IL. In 2016, he relocated back to Alabama and settled in Moundville, with his daughter Tracy and husband Steven. Bill was a kind, thoughtful, spiritual and generous man, who enjoyed spending time with his children and grandchildren. He loved to tinker with computers. There was not a gadget that he didn't want to own and play with. He was an avid reader and believer of the teachings of the Urantia Book. He loved to play bridge and gained the rank of Silver Life Master. Bill was preceded in death by his mother, Dorothy Stoerkel, his father, William, sister, Phyllis Hunter, and wife Sandy. Bill is survived by brother, Gary Lindemann, sisters, Karen Punzi (Bob), Pam Knichel, son William Lindemann (Ruth), daughters, Tracy Reid (Steven) and Laura Bartlett (Steve), grandchildren, James Adams, Randy Adams, William Robin Lindemann, George Lindemann, Ray Bartlett, Joseph Bartlett, Chris Reid, Christan Reid, Haley Blanco, and Kaley Reid and twelve great grandchildren with two on the way, numerous nieces and nephews. A special thank you to son in law Steven Reid, Bill's caregiver and friend. Per Bill's wishes, there will be no service, he is to be cremated, his ashes scattered in the Atlantic Ocean. In lieu of flowers, please donate, in William F. Lindemann's name, to the Marine Wildlife Preservation Foundation Oceana @ oceana.org/williamlindemann Laura Bartlett will be having a catered memorial to honor her Daddy, at her home, 2504 Harrison Street, Tuscaloosa, Sunday, August 7th, 1-3pm.
See more See Less

In Memory Of William Francis Lindemann