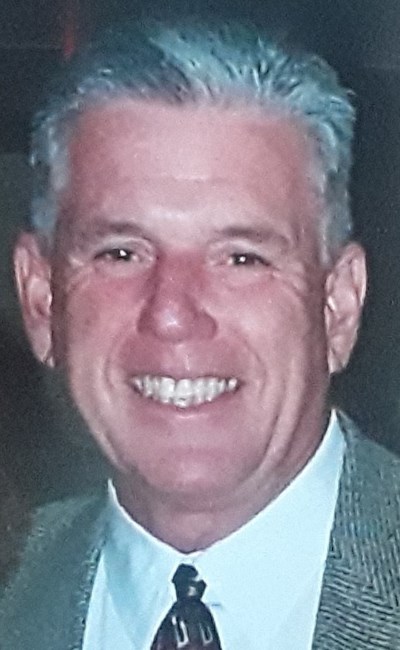 Donald Charles Perrine was born on March 28, 1942, in South Orange, New Jersey. He attended grade school (Saint James) and high school (Bishop Moore Catholic High School) in Orlando, Florida. Following his service in the Marine Corps, he earned a degree in business from the University of Florida. Don was a life-long Gator fan. Basketball played a large part in Don’s life. He played pick-up games into his seventies, and was a member of the Senior Olympics Team in 2018. In retirement, Don was often seen cruising the streets of Fairhope in one of the many golf carts he restored and subsequently sold. He has a myriad of Fairhope friends with whom he was often spotted at the local eateries. Don is survived by his beloved wife, Tamlin Allbritten; daughters, Kelli Perrine Makowiak and Dawn Perrine Brooks; and grandchildren, Austin, William, Maggi May and Emma, Thomas, John Henry; sisters, Peggy Ann Burns and Earlene Perrine Mohr; and numerous nieces and nephews. He is preceded in death by his mother - Margaret Mary Saul Perrine, father - Earl Perrine, and eldest sister - Doris Marie Perrine Dunn. A few years ago Don went back to his 50 year reunion at Bishop Moore High School. Of all the students Don was voted “The person who came the farthest in their life”. Well done, Big Guy. Don Perrine will be laid to rest on Friday April 15, 2022 at 11 am at Alabama State Cemetery in Spanish Fort, Alabama. Please arrive at 10:30am to prepare for a procession to the service area for Marine Honors. A gathering will follow after his graveside service at the Perrine Home.
See more See Less

In Memory Of Donald Charles Perrine

Gathering for a Celebration of Life