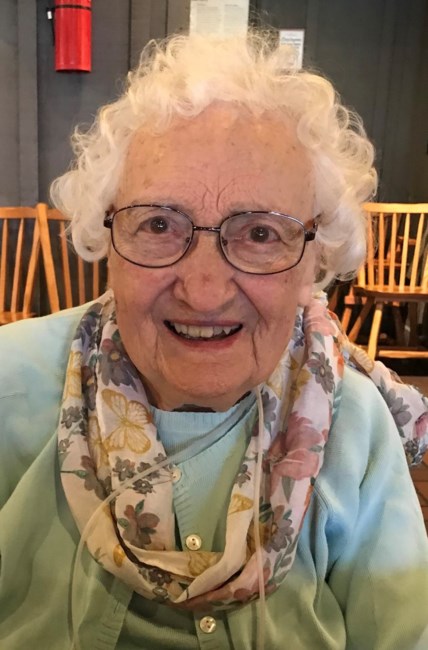 Muriel Mary (Jann) Day, age 98, of Cape Girardeau, Missouri passed away on Friday, June 24, 2022. Muriel was born May 21, 1924 in Two Rivers, WI. She may have been small, but she was mighty!!! Muriel was born in Two Rivers, Wisconsin, May 21st, 1924 to Edward J. & Beatrice (Geimer) Jann. She married Kenneth Harper Zeh in Two Rivers on April 17th, 1944. She later married Gordon Kellum and then Tony Day. All three preceded her in death. Muriel graduated in 1942 from Washington High School in Two Rivers, then went on to attend Milwaukee Downer College. She worked in Personnel at Hamilton Manufacturing in Two Rivers, then married Kenneth Zeh and traveled extensively. She enjoyed collecting Oriental fans, loved swimming, dancing, and reading. Her volunteer efforts included both hospitals, the American Legion Auxiliary, she was involved in her younger years with the Boy & Girl Scouts in Milwaukee. She was a member of the Maple United Methodist Church, a Lifetime member of the American Legion Auxiliary and a Gold Star Member. Survivors include a son Bill Zeh of St. Louis; grandchildren Theresa Ward (Kevin), Lincolnville, ME, Raymond Adler (Judy) of Lomira, WI, Cherie Adler of Eagle River, WI, and Chanda Hunsaker of Cape Girardeau, MO, Anthony John Zeh and Daughter-in-law Karin Zeh of Mesa, AZ, eight great Grandchildren and four Great-great Grandchildren as well as Numerous nieces, nephews and friends. In addition to her parents and three husbands, she was preceded in death by her sister Sharon Lynch (Norman), children Judy Terrazas, John Zeh, and great-grand daughter Taylor, as well Niece, Maureen Traub. Funeral service & burial to be held in Milwaukee, WI at a later date. In lieu of flowers, memorial contributions should be sent to the Maple UMC, Shriners Hospital, St. Judes or the charity of your choice.
See more See Less