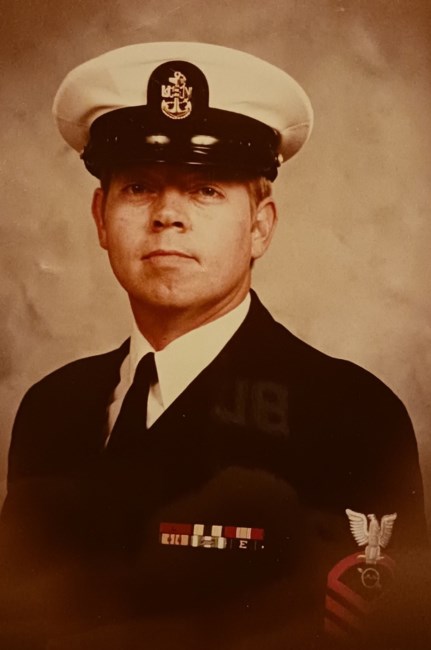 James Henry Weidhuner, 72, of Effingham, IL passed away on June 7, 2022 in St. Louis, MO. Jim was born on September 29, 1949 to Robert and Helen Weidhuner of Greenview, IL. After graduating high school in Charleston, IL in 1967 and then Lakeland Community College in 1969, Jim enlisted in the Navy. He retired as a Chief Petty Officer in 1989 after serving his country for 20 years. Jim was preceded in death by his parents, Robert and Helen Weidhuner and one sister, Barbara Jane Weidhuner. He is survived by sisters Betty Kendall of Orange Park, FL and Billie (Coy) Summers of Jacksonville, IL and several nieces and nephews. Jim was an avid hunter and fisherman. He was an active member of the Masons, ELKS, VFW, American Legion, Eagles, Shriners and NRA. Always willing to help friends and family, he will be sadly missed by all. A graveside service will be held at Indian Point Cemetery on June 21st at 2:00pm with a celebration of life immediately following at Farmhouse Restaurant in Oakford, IL 62673.
See more See Less

In Memory Of James Henry Weidhuner