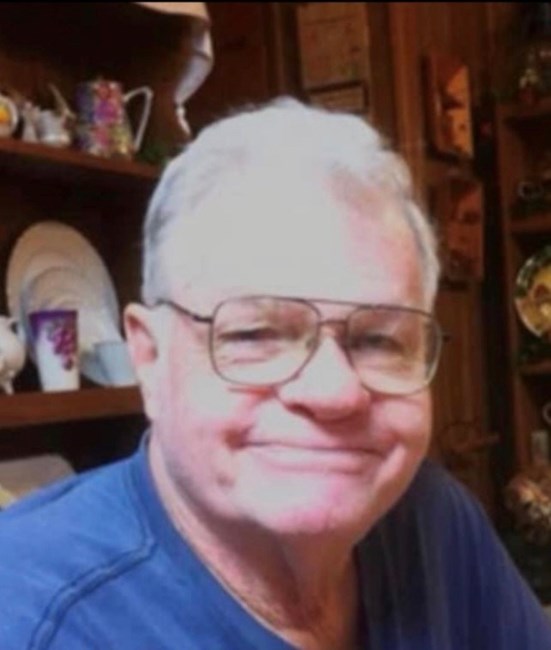 On Sunday, August 7, 2022, at the age of 86, William Alan Scott went home to be with his Lord and Savior, Jesus Christ. Bill was born on January 17, 1936 in Washington D.C. to Lawrence and Elizabeth (Swing) Scott. He grew up in Morningside, Maryland where he loved playing at the gravel pit with his friends. He loved being with his parents and two sisters, Betty Lou and Jeanie, and his younger brother, Bobby. The family moved to Austin when he was in his early teens. In 1953, Bill served in the National Guard for a time before serving in the Navy. He was in the Navy for four years, serving on two different aircraft carriers: The Coral Sea and the U.S.S. Ranger during the Korean War. He then rejoined the National Guard serving as the Military Police during the Cuban Missile Crisis.In 1958, Bill attended a friend’s family reunion where he met the love of his life, Charlene. They were married on June 6, 1959 and enjoyed 63 wonderful years together. Bill and Charlene raised three beautiful children, Deborah, Sharon, and Larry. Bill was a faithful, longtime member of the Church of Christ in Hyde Park where he first served as a deacon, then later as an elder for many years. He loved his church family very much and had many meaningful friendships over the years. Around the year of 1969, Bill started his business Bill Scott’s Heating & Air Conditioning and continued until May of 2022. He had many customers over the years and cared for them all. He loved the flexibility of his job and being able to pop in and play with his kids, and later his grandkids, as well as the children in their home daycare in between calls. He also used his skills to bless his church by fixing any issues that arose with the building, whether heating, air conditioning, or otherwise. Bill loved his family deeply and had a special relationship with each of them. Bill and Charlene loved attending church together as well as having many fun get togethers and going to game nights at church. Bill had many hobbies he loved to do with his family and friends, including bowling, golfing, hunting, and fishing. Bill had a generous heart toward everyone, yet a special devotion to his family. Bill had a playful side and would often tease family members, friends, and even new acquaintances. He loved welcoming others in, and was always happy to have his house and church filled with people. Bill was preceded in death by his parents, Lawrence and Elizabeth; his parents-in-law, Raymond and Lena; his two older sisters, Betty Lou and Jeanie; brother-in-law, Dale; and sister-in-law, Clara. Bill is survived by his wife Charlene; daughter Deborah (Perry) Koehn; daughter Sharon (Tim) Brinthaupt; son Larry (Annette) Scott; seven grandchildren, Joshua (Jennifer) Koehn, Jacob (Katelyn) Koehn, Kristyn (Brady) Bowman, Mikayla (Tanner) Stone, Trentyn (Darian) Brinthaupt, Dylan Scott, and Haley Scott; five great-grandchildren, Lily and Bella Bowman, Bennett and Baby Brinthaupt, and Payton Koehn. Bill is also survived by his brother Robert “Bobby” Scott, his sister-in-law Margaret Swofford, and many beloved nieces and nephews. A celebration of Bill’s life will be held at 3:00 pm on Sunday, August 21st at the Church of Christ in Hyde Park, 310 W 43rd Street in Austin, Texas. Visitation will be at 2:00 pm at the church building. In lieu of flowers, please consider making donations to The Central Texas Children’s Home. The family would like to express their gratitude for the medical care given to Bill. Thank you to all the doctors and staff at Texas Oncology on Balcones, especially Dr. John Sandbach, Dr. Kathryn Hudson, and Dr. Carl Nuesch. They would also like to thank Dr. James Merryman, as well as all of his doctors, nurses, and caregivers at Seton Central for all of their outstanding care.
See more See Less

Visitation with the Family