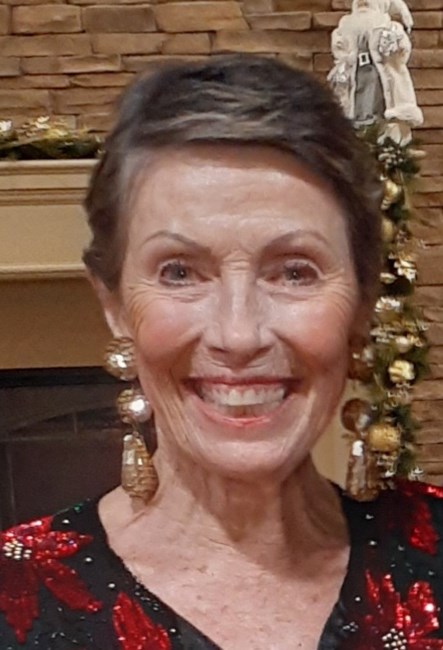 Jean Elizabeth Griffith, age 78 of Fort Collins, Co. passed away unexpectedly in the hospital due to a severe brain injury caused by a fall at her home. She passed peacefully surrounded by family the morning of Saturday November the 26th, 2022. Jeannie is survived by her husband Bryant Griffith Jr. her little dog Zoey, Bonus Children - Bryant Griffith III, Kate Griffith, Shawn Griffith, Holly Griffith, Kevin Griffith, Karen Griffith Howeth, Steve Howeth, her 13 bonus grandchildren and 5 bonus great grandchildren. Jeanie was born in Iowa in 1944 and became the adopted daughter of Glen Moffatt and Beatha Smail. She was raised in Lander Wyoming where she also graduated from high school. She later attended airline training school in Kansas City. After her training, she worked for 16 years with the original Frontier Airlines. Furthering her career Jeanie began working for Saunders Construction of Denver where she was a Receptionist for over 25 years retiring in 2006. Jeanie married her best friend Griff in 2007 becoming a bonus Mother, Grandmother and Great Grandmother to the Griffith and Howeth family. Jeanie lived with her husband in Centennial, Co., Frisco, Tx. and Fort Collins, Co. Jeanie’s favorite hobbies were shopping, decorating, golf, bocce ball, playing games, traveling, fine wine, and enjoying parties with family and friends. Jeanie will be greatly missed by all who knew and loved her. Jeanie had a style of her own and her theme song would have been “I DID IT MY WAY”. Her smile, laughter and bling lit up every room she ever set foot in. A Celebration of life party will be scheduled after the first of 2023, details to follow. In lieu of flowers the family would request donations be sent to: Brain Injury Alliance Colorado In Memory of: Jeanie Griffith Biacolorado.org
See more See Less

In Memory Of Jean Elizabeth Griffith